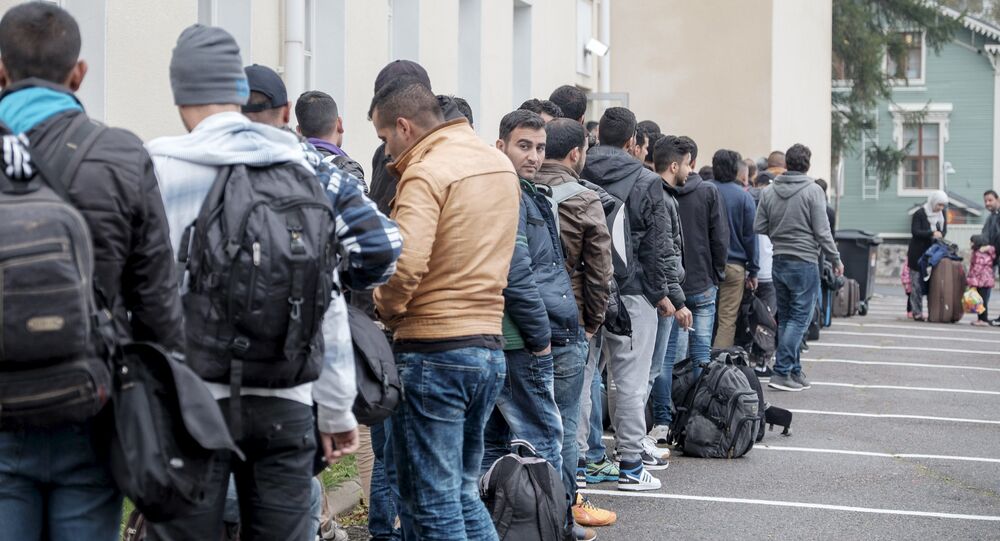 In total, 68 refugees were granted asylum status and relocated to Finland and Sweden, a European Commission press officer told Sputnik.

MOSCOW (Sputnik), Anastasia Levchenko — Almost 70 asylum seekers from Eritrea and Syria were relocated to Finland and Sweden under the EU refugee quota plan on Wednesday, a press officer at the European Commission told Sputnik.

"A relocation flight took place today from Italy to Finland and Sweden, of 68 Eritrean and Syrian asylum seekers," the press officer said.

Implementation of the EU refugee relocation quota plan started on October 9, when 19 asylum seekers were flown from Italy to Sweden.

© Photo : Screenshot/YouTube/vpro zondag met lubach
Dutch Satire: 'Refugees: Do Not Come to the Netherlands…Go to Denmark Instead'
In September, the European Commission announced a quota scheme, providing for the resettlement of 160,000 refugees currently located in Greece, Italy and Hungary, throughout other European member states over the next two years.

Europe is suffering from a major migration crisis. Over 710,000 migrants arrived in the European Union during the first nine months of 2015, according to the EU border agency Frontex.

The migrants are leaving conflict-torn countries in Africa and the Middle East, including Syria, in search of a better life in wealthy EU countries, such as Germany and Austria.