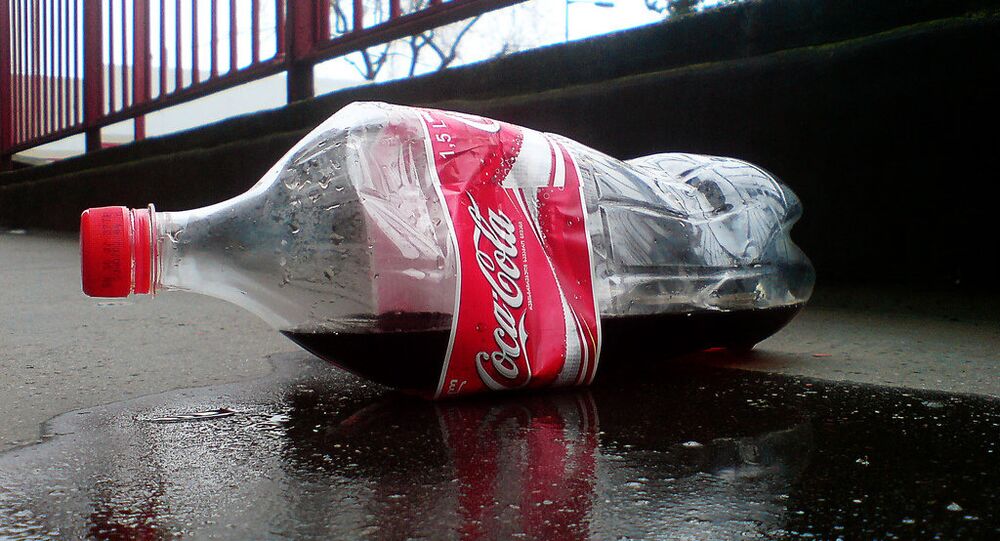 A scientific report into tackling the UK's obesity problem, paid for by British taxpayers, has been kept hidden from the public by the British government's Health Secretary.

Jeremy Hunt decided to suppress a report suggesting sugary drinks should be taxed to combat the problem despite one in five children leaving primary school obese.

The Department of Health had resisted calls from health professionals and MPs to publish findings of a scientific review of the link between sugar and childhood obesity. However, details of the review have since been revealed to MPs by Public Health England's (PHE) director of diet and obesity, Dr Alison Tedstone.

HSC obesity strategy inquiry begins today, utterly shameful that none of us will have access to the @PHE_uk evidence http://t.co/7x9L9A6rrt

And the advice given to the government by PHE includes imposing a sugar tax and cracking down on junk food adverts geared towards children.

Appearing before the Health Select Committee, Dr Tedstone said the review had found that:

"Universally, all the evidence shows that tax does decrease purchases.

"PHE does see there is a role for a fiscal approach in reducing sugary drink consumption. The higher the tax increase the greater the effect," she said.

"The point of the tax is to nudge people away from purchasing these things towards purchasing things that are more consistent with a healthy balanced diet."

Dr Tedstone also highlighted other measures that the government could impose to cut the exposure of children to junk food. "We think there could be bigger impacts from getting a handle on promotions, and of getting a handle on the deep, consistent advertising our children are exposed to on unhealthy foods."

Included in the advice to the Health Select Committee was restricting sponsorship of sports events by fizzy drinks companies and using "sports heroes" to advertise junk products.

The report was supposed to have been published last July and the decision by Health Secretary Jeremy Hunt to suppress it has been branded a "disgrace". Dr John Ashton, president of the independent Faculty of Public Health told The Independent:

"It's very difficult to see what reason there could be for this being withheld, other than a political reason."

A spokesperson for the Department of Health said: "This Government is committed to turning the tide on childhood obesity. That is why we are developing a comprehensive strategy looking at all the factors including sugar consumption, that contribute to a child becoming overweight and obese. This will be published in the coming months."

Meanwhile, rising food prices, low wages and Conservative cuts to welfare mean the poorest children in the UK are more likely to be obese than they were a decade ago.

A recent report by the Fabian Commission on Food and Poverty found that low-income households which are spending 35 percent of their budget on food compared to the national average of 12 percent.

"While health and dietary breakthroughs in schools during the late 2000s have improved the health of children as a whole, they have disproportionately benefited higher-income households and have failed to make an impact on households on the lowest incomes."

It's since emerged that the government's free school meals program may be scrapped in November under the Chancellor's spending review.

© Flickr / TheKarenD
Too Sweet to Handle: UK Health Minister Sugarcoating UK Obesity Crisis
Earlier this month it was revealed that Education Secretary Nicky Morgan had suggested getting rid of the US$9.2 million service as part of a spending review.

More than 40 doctors and health officials have signed a letter warning that ending the free school meal scheme would be "short sighted" and could instead fuel the UK's obesity crisis.