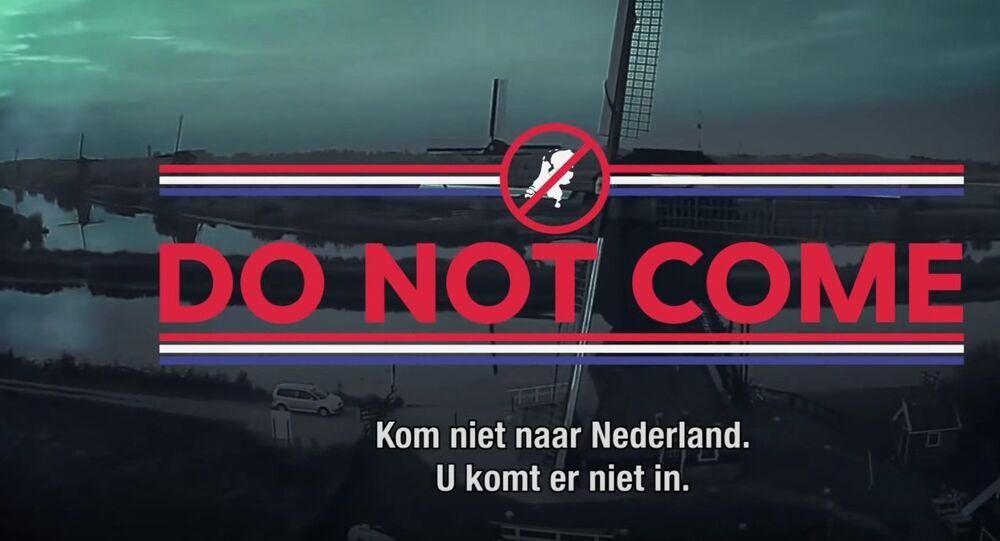 Dutch TV: 'Refugees: Do Not Come to the Netherlands…Go to Denmark Instead'

In a jab aimed at Denmark's recent anti-refugee ad campaign, the Dutch satire TV news program Zondag met Lubach created their own 'advertisement' over the weekend, telling would-be refugees that they are not welcome, and insisting that they should all go to Denmark instead.

Weighing in on the refugee crisis facing Europe, and responding to the Danish government's recent ad campaign discouraging would-be refugees from coming to Denmark, Zondag met Lubach created a 'commercial' telling refugees that they would find themselves much more comfortable in Denmark, where houses are made of Lego and everyone is entitled to their own drama series.

"This is a message for everyone who wants to seek refuge in the Netherlands: Do not come to the Netherlands. We will not let you in," the pseudo-PSA's announcer says, adding that the refugee crisis has divided Dutch society, and "because of this, we cannot guarantee the safety of refugees any longer."

"So to anyone coming our way, we have ONE, CLEAR, MESSAGE: Try Denmark!" the 'commercial' suggests.

The commercial proceeds to facetiously suggest that Denmark, "a beautiful, peaceful place" filled with "lovely, intelligent people" is a perfect alternative to the Netherlands, poking fun at the country's cycling culture, its shoddy soccer team, and the country's obsession with Legos.

"According to the United Nations Prosperity Index, Denmark is the top ranking country when it comes to Legos. This allows them to rapidly build new housing facilities. You can choose if you want to follow the provided instructions, or throw the whole thing on the ground and just start building a pirate ship again," the clip jokes.

© AFP 2020 / ANP / ROBIN UTRECHT
Netherlands May Spend $1.1Bln Taking in Asylum Seekers in 2015
The video also pokes fun at the 2005 scandal involving a Danish cartoonist who made several controversial satirical cartoons of the Prophet Muhammad, suggesting that the drawings prove that "the Prophet Muhammad was originally from a suburb of Copenhagen. This we know, because the first drawings of the Prophet were found here."

"Come to Denmark: It's the Netherlands — but somewhere else," the ad concludes.

Aired and uploaded to YouTube Sunday, the video already has nearly 200k views, and has received quite a resonance among Danish viewers.

Zondag met Lubach is one of the Netherlands' most popular satirical shows, with a weekly audience of nearly half-a-million people.

Netherlands May Spend $1.1Bln Taking in Asylum Seekers in 2015