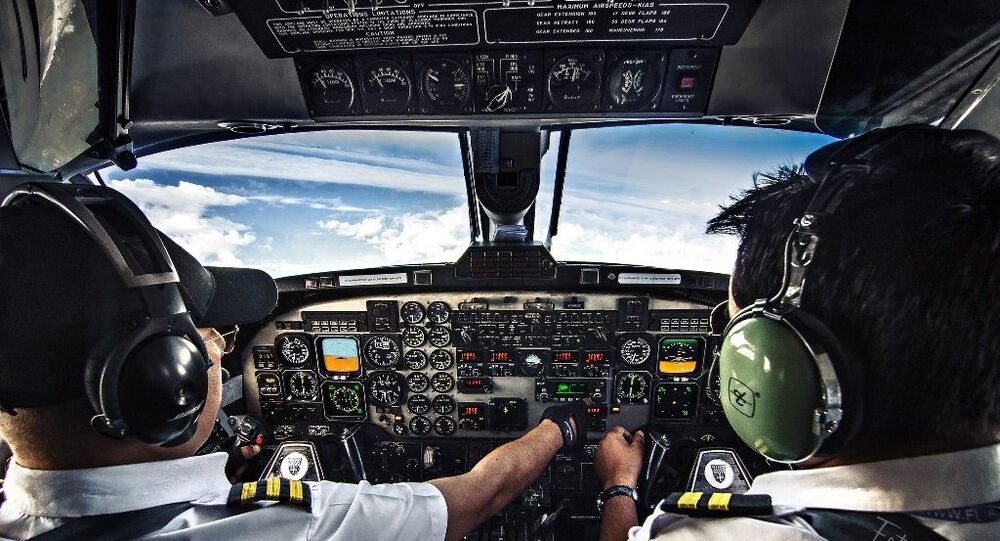 The European Commission (EC) is set to challenge Germany over its failure to change laws which protect pilots' medical records following the Germanwings crash in which the mental health of the pilot is believed to have played a significant factor.

Germanwings flight U4-9525 en-route from Barcelona to Düsseldorf crashed in the Alps on March 24, killing all 150 people on board. Following examination and downloading of the Cockpit Voice Recorder, French prosecutor Brice Robin concluded that co-pilot Andreas Lubitz had locked the pilot out of the cockpit and then deliberately put the aircraft into a downwards glide path which caused the crash.

© AFP 2020 / Anne-Christine Poujoulat
Helicopters of the French Air Force (back) and civil security services are seen in Seyne, south-eastern France, on March 24, 2015, near the site where a Germanwings Airbus A320 crashed in the French Alps.

It was subsequently reported that the 27-year-old co-pilot Andreas Lubitz stopped his pilot training due to a period of severe depression. A Task Force led by the European Aviation Safety Agency (EASA) recommended that:

"Improved medical checks on crews could bring a strong contribution to air safety. The evaluation focused on medical and psychological assessments of pilots, including drugs and alcohol testing, for which screening tests are readily available. The Task Force also pointed at the need for a better oversight framework for aeromedical examiners."

"The most plausible and probable interpretation for us is that the co-pilot, by a voluntary abstention (deliberate refusal), refused to open the door to the cockpit to the flight captain and activated the button to start descent."

"So, he activated this button to initiate loss of altitude (descent) for a reason that we completely ignore today but that can be analysed as an intention to destroy the plane," Robin told a press conference.

Germany has failed to fully implement various EU regulations on the granting of pilot licenses and the European Commission has said that existing EU data protection regulation requires that member states have to strike the "appropriate balance" between patient confidentiality and the protection of public safety.

However, German law prioritizes the data protection of pilots' information over the general interest of the passengers, reflecting the strong culture of data privacy embedded in Germany. The country — which has a long tradition of protecting data privacy — has a record of failing to comply with EASA recommendations.

Pilots are loosing their manual flying skills, this is a reality, we need to address it @EASA #EASA_SafetyConference

Other recommendations from EASA included continuing the principle of two persons in the cockpit at all times, that pilots should undergo a psychological evaluation before entering airline service and that a European aeromedical data repository should be created.