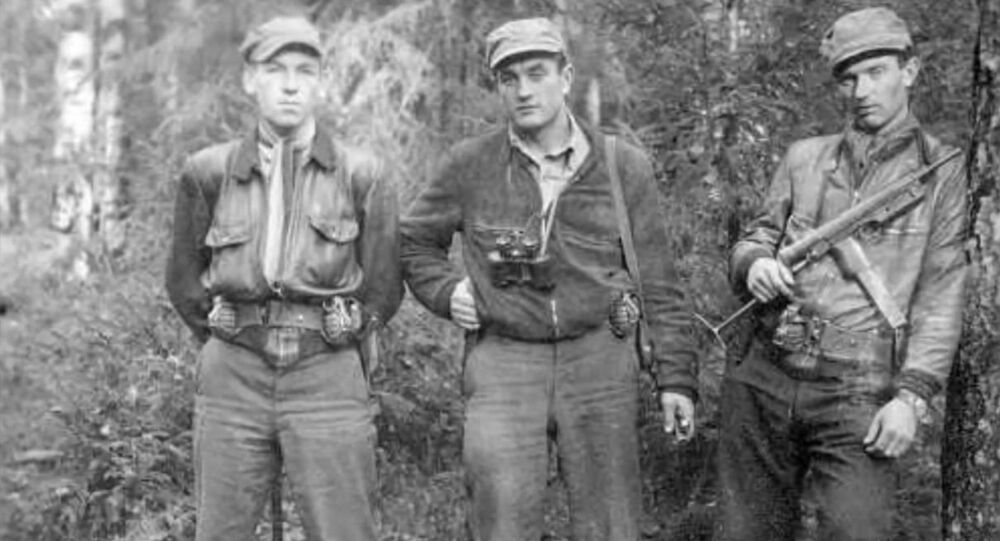 The European Court of Human Rights has ruled that a Lithuanian court was unjustified in convicting a former KGB officer of "genocide" for his role in the Soviet campaign to root out nationalist partisans in post-WWII Lithuania, Baltic News Service reports.

The Strasbourg-based court's Grand Chamber found that Vytautas Vasiliauskas, a former Soviet security officer, was tried on the basis of "legal regulations which did not exist in 1953," either domestically or in international law, meaning that his conviction violates the European Convention on Human Rights.

Vasiliauskas, a former officer of the Lithuanian branch of the KGB, participated in roving battles against partisans in Sakiai, southwestern Lithuania, in the early 1950s. The officer's efforts resulted in the wounding and capture of a Lithuanian partisan, who was tried and given a 25 year sentence in a labor camp.

© Flickr / Kevin Dooley
Shattered EU Dreams: Baltic States Hoped for Economic Paradise, Instead They Soon to ‘Die Out’ Due to Massive Emigration
In June 2011, the Kaunas District Court convicted Vasiliauskas of genocide, sentencing him to four years imprisonment. However, he was released from punishment in connection with his illness and old age. The man appealed his sentence, as did the prosecutor's office; the latter believed the punishment was insufficient given the crime and sought to double the pensioner's sentence.

According to BNS, the Court's decision could become an important legal precedent in Lithuania in assessing Soviet crimes against the country. Last year, the country's Constitutional Court ruled that Soviet deportations and repressive operations carried out in the post-war period could be equated to genocide, if it could be shown that the crime resulted in the destruction of a significant part of the Lithuanian nation. BNS pointed out that "in Lithuania, genocide is defined more broadly than in international law."

Lithuanian legal experts are split on whether Stalin-era crimes could be equated to genocide. Some say that the definition could be definitively applied only to the Nazi occupation (which resulted in the death of about 90% of the country's pre-war Jewish population). Opponents suggest that Soviet mass deportations to Siberia, together with security forces' operations to root out and destroy partisan groups, may also fall under the definition of genocide.

© Sputnik / Alexey Filippov
Facing Discrimination, Polish Minority in Lithuania Boycotts Schools
Lithuanian, Latvian and Estonian partisans began a prolonged campaign of guerilla warfare and terrorism against Soviet authorities beginning in 1944, when Nazi forces began their retreat from the Baltics. The campaign lasted until 1956; the majority of the partisans were arrested or killed. While some of the partisans based their fight on the desire to restore their countries' independence, other units also consisted of fascist collaborators who had fought alongside Nazi forces before dissolving into the countryside to wage their campaign against the Soviets.

About 50,000 Lithuanians participated in the anti-Soviet resistance movement following the Second World War. Approximately 20,000 partisans were killed during the course of the campaign, together with nearly 13,000 Soviet security officers and over 2,600 pro-Soviet civilians. The campaign also resulted in the forced resettlement of over 130,000 Lithuanians to other parts of the Soviet Union, mostly to Siberia, where as many as 20,000 died due to poor living conditions.

Shattered EU Dreams: Baltic States to ‘Die Out’ Due to Massive Immigration