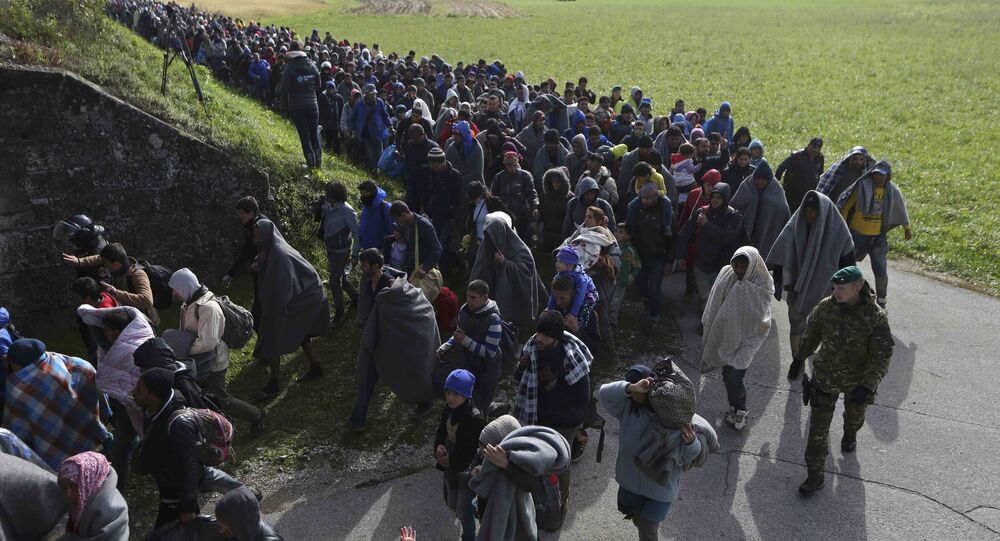 Slovenia's parliament has passed a law allowing its army to be used to perform border guard duties as tens of thousands of migrants continue to enter the country.

Slovenia's parliament has voted to give the country's army the power to take part in guarding the national border as migrants continue to enter the country from Croatia, Reuters reported.

Over 20,000 migrants have arrived in the country of roughly two million within the past 5 days after Hungary closed its border with Croatia. The government has called on the EU for help and issued a statement saying Slovenia had "limited possibilities of border control and accommodating migrants."

"[On Wednesday] we will officially ask the EU… for police back-up and for financial help," the country's prime minister said before the vote, as cited by Reuters.

© AFP 2021
Slovenia Allows Refugees to Enter After Imposing Border Crossing Caps
The new law allows the Slovenian army to guard the country's borders when no police are present.

Thousands of migrants have been held up at border crossings, including between the borders of countries, as Slovenia's attempts to seal off its border has led Croatia to close off its side of the border as well.

"The last 24 hours have been the toughest and most demanding since the start of the crisis," Slovenia's government said, as cited by AFP.

A spike in refugee arrivals was found by the UN on Tuesday, as 27,500 people were found on the Greek islands.