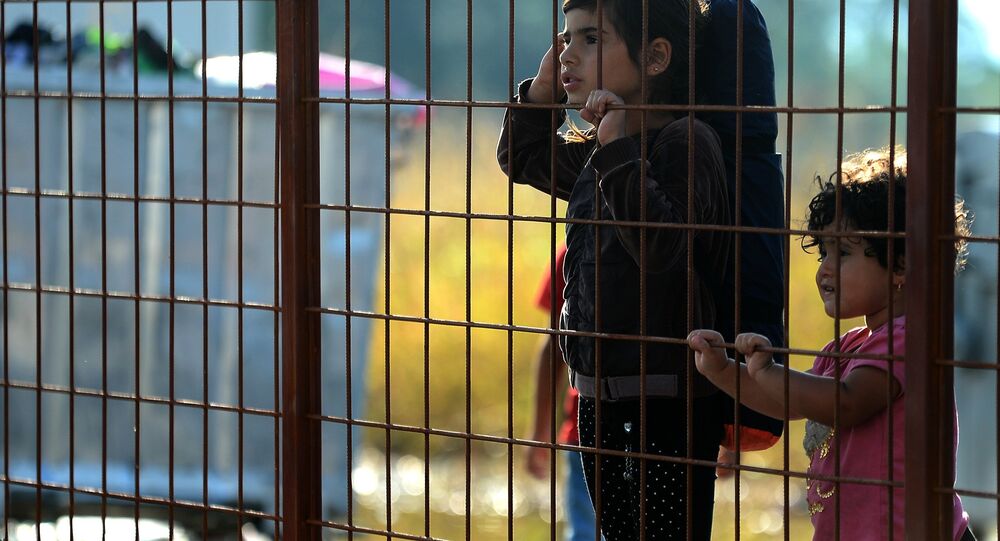 German Chancellor Angela Merkel is facing a massive backlash against the government's refugee policy, with a majority of MPs from Merkel's own party reportedly devising plans to build a barbed wire defense system along Germany's eastern borders to halt the flow of refugees into the country.

German newspaper Bild reported that 188 of Merkel's 310 MPs from the Christian Democratic Union/Christian Social Union (CDU/CSU) coalition have backed the "secret plan" to try and stem the flow of refugees into the country, which is currently thought to be at about 10,000 a day.

The proposals are thought to include the construction of a barbed wire fence along Germany's eastern borders, similar to moves implemented by Hungary as part of efforts to stop the flow of refugees.

Germany's head of the police union wants to build a fence along its borders https://t.co/fZY9Wo9wTU pic.twitter.com/yV2cUH0RD7 #migrantcrisis

It has also been noted that such a plan would involve the creation of barricades similar to those that were destroyed after the fall of the Berlin Wall.

Christian von Stetten, the MP initiating the move, told the newspaper that the government should look at the option of introducing border walls, adding that the plan would be voted on within a couple of weeks.

"We must stop the influx of refugees. There should be no taboos about taking another look at our border fortifications."

The report follows calls from the head of one of Germany's leading police unions for the government to build a fence along the country's border with Austria.

Rainer Wendt from the German Police Union (DPolG), said such a move would trigger a chain reaction among other central and eastern European countries that would halt the influx of refugees into the continent, which he says is unsustainable at current levels.

"If we close our borders in this way, Austria will also close the border with Slovenia. That's exactly the effect we need."

While CDU lawmaker von Stetten said he was confident the government would come up with a plan to halt refugee numbers, he acknowledged the so-called secret plan to construct a wall along the country's borders could become a reality.

"If this assumption proves wrong over the coming week, our parliamentary group will have to react."

The call to build a fence along Germany's border represents a political nightmare for Chancellor Merkel, who has refuted such proposals and instead condemned Hungary for carrying out similar measures.

The plans are also seen as a major sign of dissent against the chancellor from her own MPs, with many unhappy with the manner in which Berlin has handled the refugee crisis.

Merkel's popularity has dipped to record low levels in recent times as a result of the country's handling of the refugee crisis, with a poll last week revealing that two-thirds of Germans (64 percent) disagreed with Merkel's insistence that Germany will be able to "manage" the ongoing situation.

While the government has predicted that 800,000 refugees will enter the country this year, other reports have suggested the number could be as high as 1.5 million, with Berlin unwilling to put a cap on the number of people the country will accept.

As anger grows in Germany over the refugee crisis, the news that MPs are reportedly making active plans to defy the chancellor represents a major challenge to Merkel, who is facing arguably the greatest challenge in her ten years as leader.