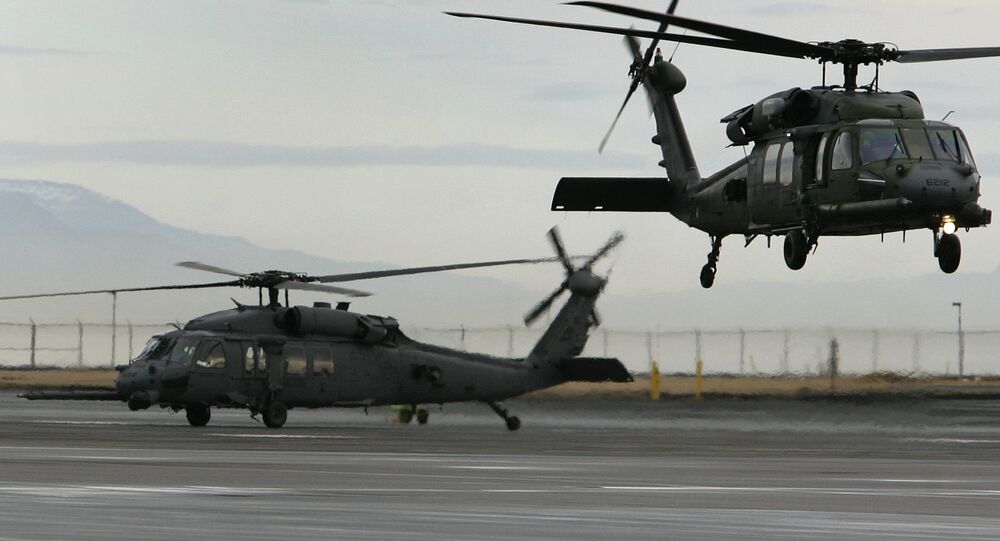 Amid Budget Cuts US Army Forced to Borrow British Helicopters

Budget cuts in Washington have forced the US military in Europe to borrow British helicopters and conduct training exercises with equipment loaned by other NATO members.

The United States has no tanks in Europe, and 33% fewer troops there now than it did in 2012. Many of the weapons used for NATO exercises shuffle between bases in the United States and in Europe.

Lieutenant General Ben Hodges, the US Army's commander in Europe, said the force is relying more and more on allies to loan out vehicles and supplies, adding that the borrowed British helicopters had been "essential."

Cuts to the defense budget over the past several years have diminished the presence of US armed forces in Europe. Any remaining resources have been increasingly deployed elsewhere, mainly Asia and the Middle East.

Hodges told British newspaper the Telegraph that America no longer has the "intelligence capacity to do what we need to do" and that, as a result, he had been "surprised" by Russia's actions in Ukraine and in Syria.

"We don't have that many Russian speakers anymore," he said. "I personally have been surprised by every single snap exercise and when they went into Syria. We just do not have the capability to see and track what they're doing the way they used to."

With a dwindling presence in Europe, the United State has relied on Great Britain to provide support equipment.

"One of the most important things that happened in the past year was the UK saying it would maintain its 2% GDP (on military spending)," Hodges said last week. "If the UK had dropped off that would have taken all the pressure off the other European countries."

At the end of the Cold War, the United States had more than 200,000 troops stationed in Europe, but currently has less than one-fifth that amount.