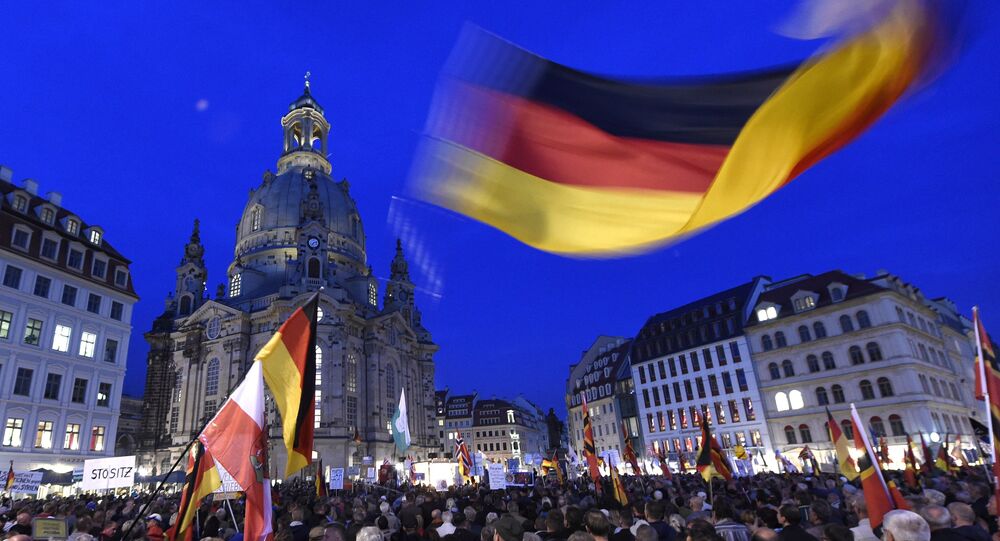 Up to 10,000 people are expected to assemble Monday in the eastern German city of Dresden for a rally marking the first anniversary of the founding of the migrant-sceptic Pegida group, and for a counter-demonstration, a local police spokesperson said.

BERLIN (Sputnik) — The anniversary of the self-styled union of "patriotic Europeans," which campaigns against the "Islamization of the West," will take place amid a major migration crisis in Europe that has seen around 600,000 refugees arrive in the EU since the start of 2015.

"We expect a total attendance of no less than 10,000 people," a police spokesperson told RIA Novosti.

At the peak of its popularity last January the movement managed to draw crowds of 25,000 people in Dresden. Pegida protests are traditionally accompanied by rival demonstrations in support of immigration and tolerance.

More than 800,000 people expected to claim asylum in Germany by the end of this year. Most of migrants come from war-torn Syria.