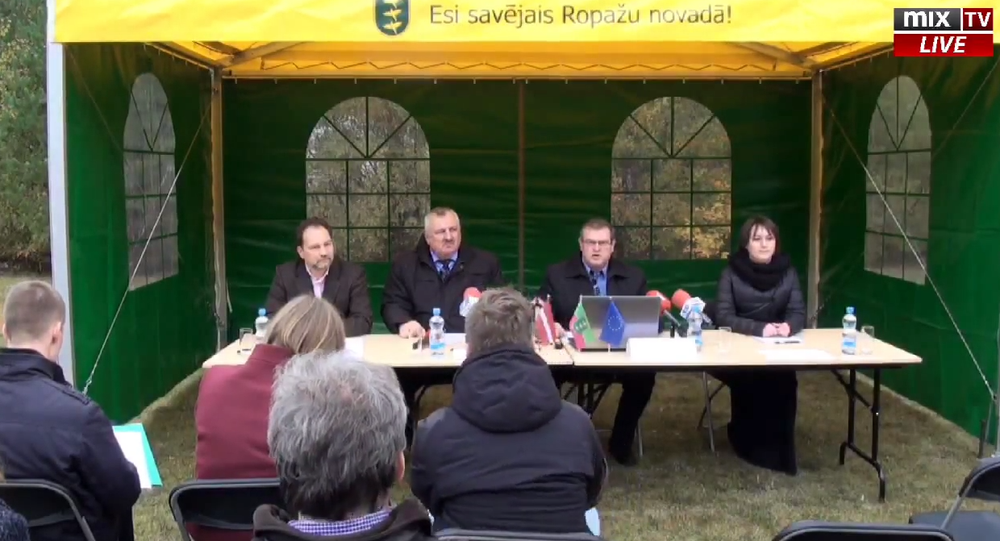 Many residents of the Latvian town of Mucenieki, where a refugee center is located, are planning to move over fear for their safety, head of the central Ropazi municipality Duma told reporters on Monday.

© REUTERS / Laszlo Balogh
Hundreds of Latvians Protest in Riga Against Refugee Intake Under EU Quota
RIGA (Sputnik) — Europe is struggling to manage a massive refugee crisis, as hundreds of thousands of people flee regions in the Middle East and North Africa and head for the bloc. In September, the European Commission proposed to resettle 160,000 refugees across EU states over the next two years. Under the plan, Latvia is to accept 373 refugees.

"It is not safe when some 30 young people, whose intentions are unclear, are loitering," Zigurds Blaus said, adding that many Mucenieki residents announced their intention to move to a "quieter place."

Financed from the state budget, the Mucenieki reception center was built in the late 1990s, with support from the US government, the United Nations High Commissioner for Refugees (UNHCR) and the Swedish government. According to the the Latvian Office of Citizenship and Migration Affairs, each asylum seeker relocated in the center receives 2.15 euro ($2.4) daily — for food, hygiene products and other goods of prime necessity.

Earlier this month, it was reported that the Latvian government was discussing the possibility of granting 250 euros ($280) per month to refugees. Mayor of Riga Nils Usakovs criticized the proposal, saying the benefits to refugees from third countries were greater than those to Latvian nationals.