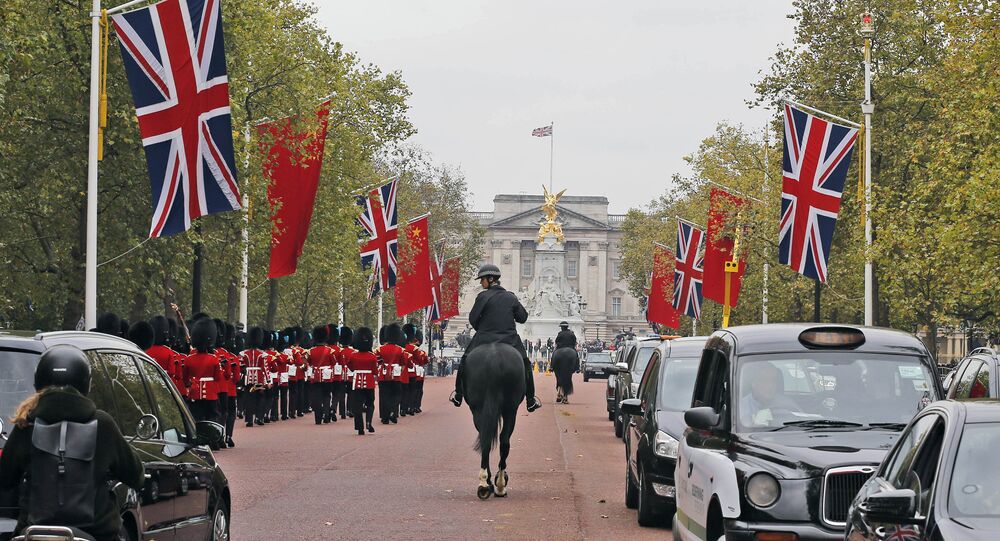 The state visit to Britain of Chinese President Xi Jinping - including his stay at Buckingham Palace - is set to put relations between Washington and London under strain.

© AP Photo / Andy Wong
Security Fears Over Massive Chinese Investment in UK
President Xi Jinping begins his visit Monday night amid denials from Downing Street that his tour will damage relations between Britain and the US. The president's welcome in London is set to cement a series of investment deals that will see China pump more than US$155 billion into Britain's infrastructure — including new nuclear power stations.

However, critics say Britain's wooing of China will rock its special relationship with the US, which has accused China of espionage and cyber-attacks on the US and objected to Britain's membership of China's new Asia Infrastructure Investment Bank (AIIB).

The UK Chancellor George Osborne toured China is September, closing deals between British and Chinese companies as well as securing promises of investment by Beijing. He declared he would "make Britain China's best partner in the West."

"Let's stick together and create a golden decade for both of our countries."

The UK has long considered China as its closest ally and the two nations have hundreds of years of diplomatic and defense ties. However, the US is currently stepping up its campaign against what it sees as Chinese aggression and is preparing to send a surface ship inside the 12-nautical-mile territorial limit China claims for its man-made island chain.

According to Trend Micro, Operation Iron Tiger, was confirmed to have plundered terabytes of data from its defense contractor victims. Iron Tiger was believed to have been aided by use of earlier-stolen Office of Personnel Management data.

Given the close relationship between the UK and US defense and intelligence departments, President Xi's visit to London — which will included a state banquet at Buckingham Palace — will be seen as disloyal to Washington.

On his state visit to the UK in 2011, US President Barack Obama declared: "Ours is not just a special relationship, it is an essential relationship — for us and for the world.

"When the United States and Britain stand together, our people and people around the world can become more secure and more prosperous."

"The reason it thrives is because it advances our common interests and shared values. It is a perfect alignment of what we both need and what we both believe," Obama said.

UK Prime Minister David Cameron denied the "special relationship" with the US would cause tension between London and Washington, saying:

"We see no conflict with having that very special relationship, with wanting to be a strong partner for China as the Chinese economy continues to grow and China emerges as an enormous world power."