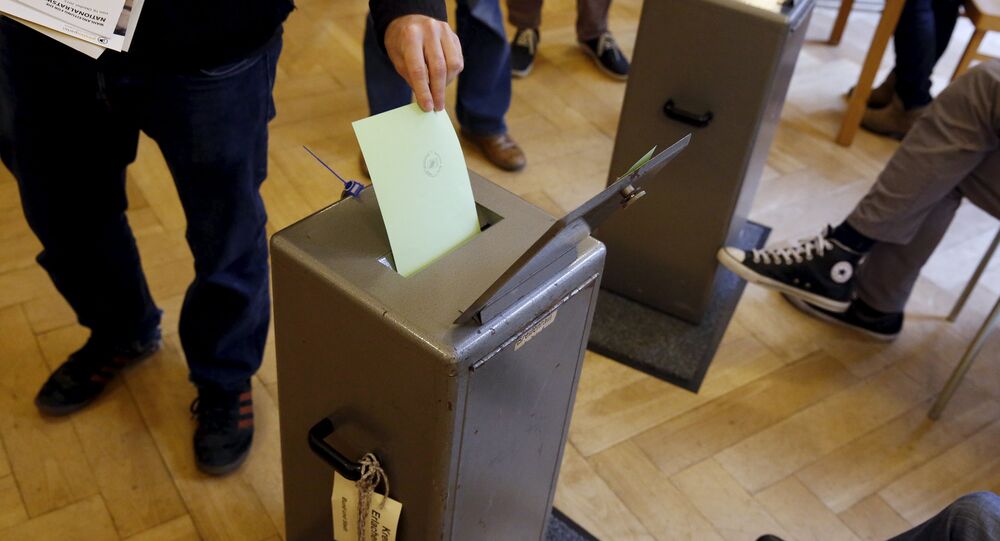 The party will be represented by a record 65 seats in the parliament.

The Social Democratic Party finished second with 18.8 percent of votes. The main rival of SVP lost two seats, securing 44 representatives in the parliament.

The center-right Free Democratic Party gained 3 seats securing a total of 33 lawmakers in the parliament after garnering 16.4 percent of the vote.

© AP Photo / Alessandro della Valle
Switzerland Votes in Parliamentary Elections Sunday Amid EU Migrant Crisis
The growth in popularity by the SVP right-wing party in the country is attributed to its anti-immigrant rhetoric.

An ongoing refugee crisis across Europe had turned into a divisive issue in Switzerland ahead of the election after some 12,000 people sought asylum in the country in the first half of 2015.

In September, Switzerland agreed to take in 1,500 migrants under an EU resettlement program of 40,000 refugees, despite not being a member of the bloc.