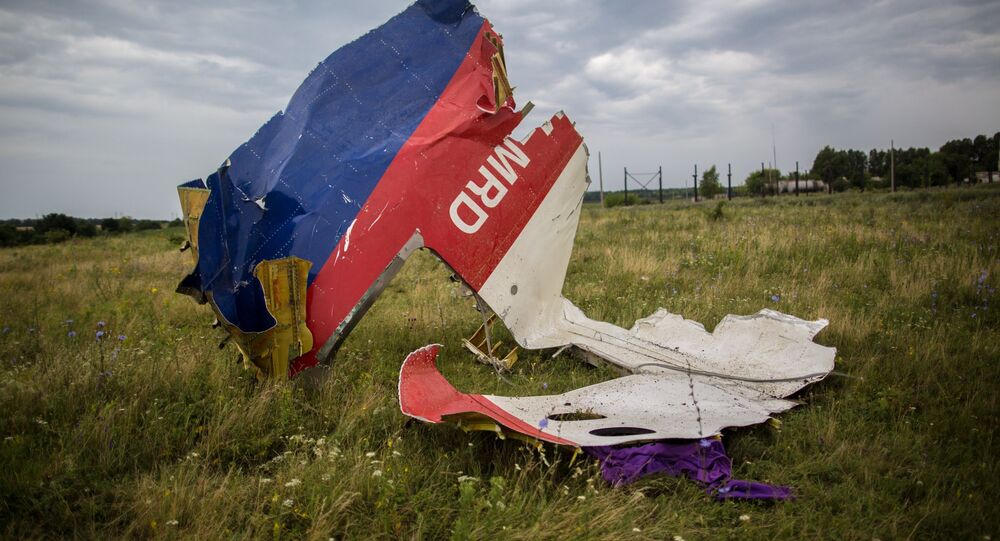 Russia’s results of a separate probe into the MH17 crash would be taken into consideration, the Malaysian minister of transport said.

© REUTERS / Michael Kooren
Russia to Propose Resumption of MH17 Crash Probe to Netherlands
BALI (Sputnik) — The final report of the Dutch Safety Board on the Malaysia Airlines Flight MH17 crash in eastern Ukraine did not blame Russia or Donbass militia for the downing, Malaysian Minister of Transport Liow Tiong Lai said.

"I do not see any accusation, whatsoever on Russia [or any separatist group], in this case," Liow Tiong Lai was quoted by The Malaysian Star newspaper as saying on Friday.

Liow added that Russia’s results of its separate probe would also be taken into consideration by the technical investigators.

© REUTERS / Maxim Zmeyev
Further Probe Into MH17 Crash Useless Because Investigation Biased
The Dutch Safety Board issued a final report of the crash investigation on Tuesday, saying the Malaysia Airlines passenger plane crashed as a result of a ground-to-air missile explosion near the left side of the plane. The organization said an additional forensic investigation would be needed to establish the exact launch location of the missile.

According to Kremlin spokesman Dmitry Peskov, the report cannot be considered objective as Russia was not part of the probe and arguments made by the Russian side were ignored.