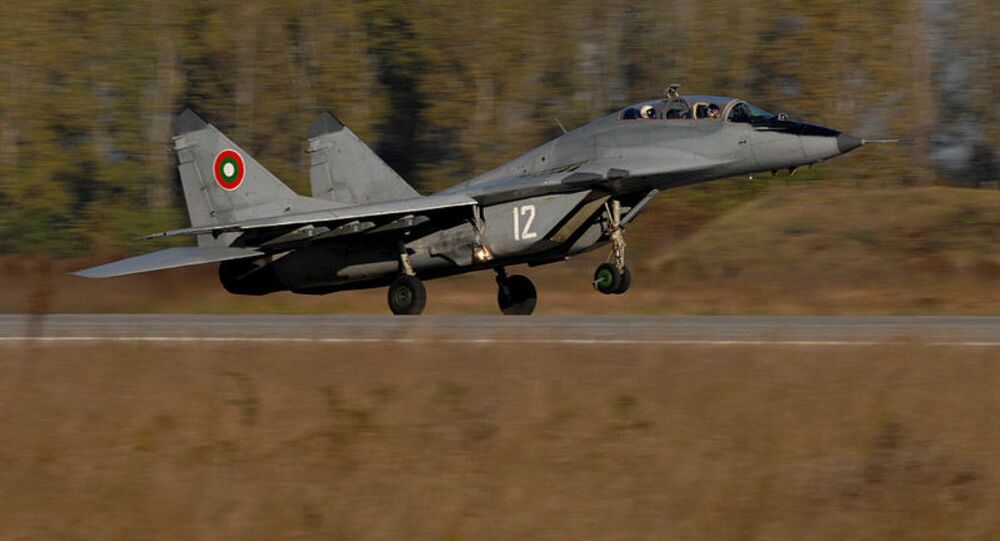 If Poland and Bulgaria sign a MiG-29 servicing deal, the Russian will cease current maintenance activities on Bulgarian fighters, according to Russian Aircraft Corporation MiG.

MOSCOW (Sputnik) — Russian Aircraft Corporation MiG considers the possible agreement on repair works of Bulgaria-owned MiG-29 in Poland as illegitimate, the corporation said in a statement on its website on Friday.

Earlier, Sofia said that it would possibly sign an agreement with Warsaw to repair Bulgaria’s Russia-built MiG-29 fighter jets, despite Russian efforts to reach an agreement with Bulgaria to continue maintenance its aircraft.

© Sputnik / Sergey Pivovarov
What Happened to Russia's Last MiG-29 Regiment?
"Several high-ranking officials continue to ignore Russia's attempts to come to the only legitimate, mutually beneficial solution, which is, most importantly, safe for fighters’ exploitation," the statement said, describing the possible deal.

The corporation said that if Poland and Bulgaria signed the deal, the Russian side would cease current maintenance activities on Bulgarian fighters.

Bulgarian aircraft fleet includes MiG-29 fighter jets and MiG-29UB training fighters. Most were delivered to Bulgaria in 1989-1990 and only six remain in flight readiness, according to military news website Pan.bg.

Fly My Fighter: US Citizen Shares His MiG-29 Flight Impressions

Up and Away: MiG-29 Performs Amazing Vertical Takeoff