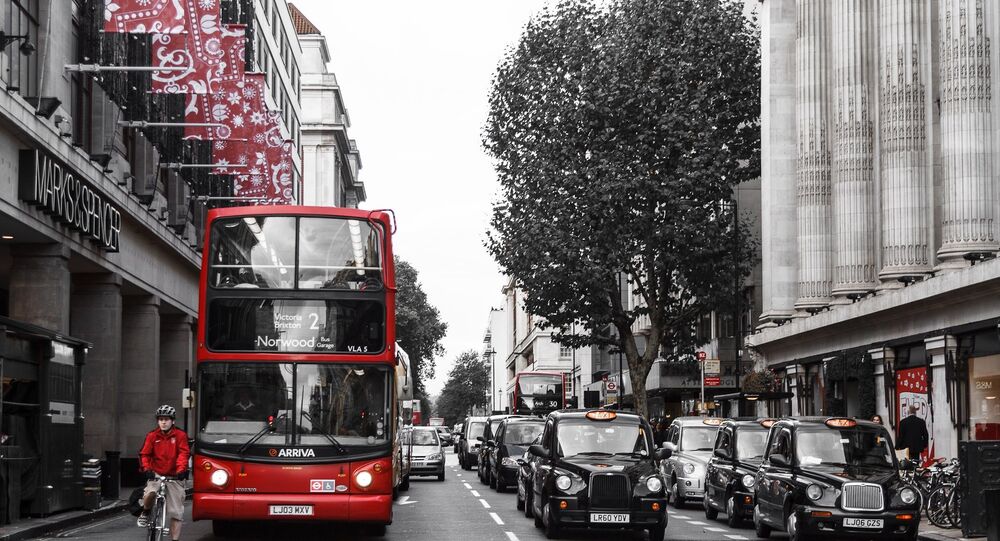 In a major boost to those campaigning for Britain to leave the EU, a new report has concluded that leaving the bloc would allow the UK to control its own trade policy and give the country a better opportunity to strike up free trade agreements with some of the world's largest economies.

The report 'Lessons From Switzerland', released by London-based think tank Civitas, analyzes non-EU member Switzerland's relationship with the bloc, saying that "UK trade would have much to gain if Britain took a similar approach to Switzerland" as it would give the country the opportunity to set its own agenda and allow for attempts to negotiate large-scale trade deals with different countries.

How night Britain go about business outside the EU? Our new report, out today, looks to Switzerland as a guide: http://t.co/YBYxQgQNDJ

Author Jonathan Lindsell says that if Britain left the bloc it would open up trade opportunities, rather than inhibit them as "many possible trade partners are intimidated by the EU's great size.

"This can delay or halt EU negotiations, which are anyway slowed by competing internal demands. Britain alone would not be such a threat or suffer such internal division, but would still be an attractive market," the report notes.

As well as encouraging other countries to take part in trade talks, Lindsell says that the UK could refine agreements to better suit local British industries.

"By representing itself rather than being one of 28 jostling partners, Britain could focus on winning tariff concessions for its own goods and granting them where the government considers appropriate. Independent control of trade policy would also give Britain more options to use trade as a diplomatic tool."

Report to Boost 'Out' Campaign

The report will be welcomed by those backing the 'Out' campaign in Britain's upcoming referendum on EU membership, to be held before the end of 2017.

Why would any business campaign to stay in EU with its stunted growth when the rest of world is growing. #Brexit

Many Euroskeptics say that EU red tape and being tied to the 28-member bloc inhibits Britain's business and trade prospects, arguing that the UK would be better off if it was able to make its own agreements that better suit the country's interests.

In order to assess Britain's trade prospects outside of the EU, the report analyzed Switzerland's non-member association with the bloc, while paying special attention to the success of the 2009 Swiss-Japanese free trade deal, highlighting the similarities between the UK and Switzerland.

"Switzerland offers the best proxy one could reasonably hope for. Both countries have unusually large financial services sectors and strong tourism sectors. Both control their own currencies and have central banks independent of government. Whilst Switzerland's population is smaller than Britain's, it has a similar population density and distribution."

Lindsell believes that the UK would be able to successfully negotiate similar deals to the Swiss if the event of a Brexit.

"There are indications that Britain could have a successful independent free trade policy and conclude agreements with the world's largest economies. This would not be simple or automatic, and comes with risks as well as opportunities."

'In' Campaigners Warn of Economic Ruin

The report's assertion that such a deal would be within Britain's grasp contradicts the argument put forward by many pro-EU campaigners, who have argued that the UK would struggle to build strong trade links outside of the bloc.

Among those backing the 'In' campaign, Lord Rose, the former chief of British retail giant Marks & Spencer, said leaving the EU would be a "leap into the dark" that would damage the country's economy.

Many 'In' campaigners fear that Britain could be locked out of the EU single market in the event of a Brexit, which would have a devastating impact on the UK's economy. The report acknowledges the importance of maintaining access to the European market and bases its findings on such a premise.

The findings will place more pressure on Prime Minister David Cameron to try and win substantial concessions from European leaders during reform negotiations, the PM stating that his preference is for the UK to remain in the bloc under a reformed EU.

10 Questions/Challenges facing the #REMAIN and #LEAVE campaigns in the #EUreferendum http://t.co/OhzHt0nB4w #EU pic.twitter.com/zFYc3SeQ61

Cameron has announced that European leaders will have a detailed list of his requests by early November, amid frustration from some Brussels diplomats over London's vague approach to setting down demands.