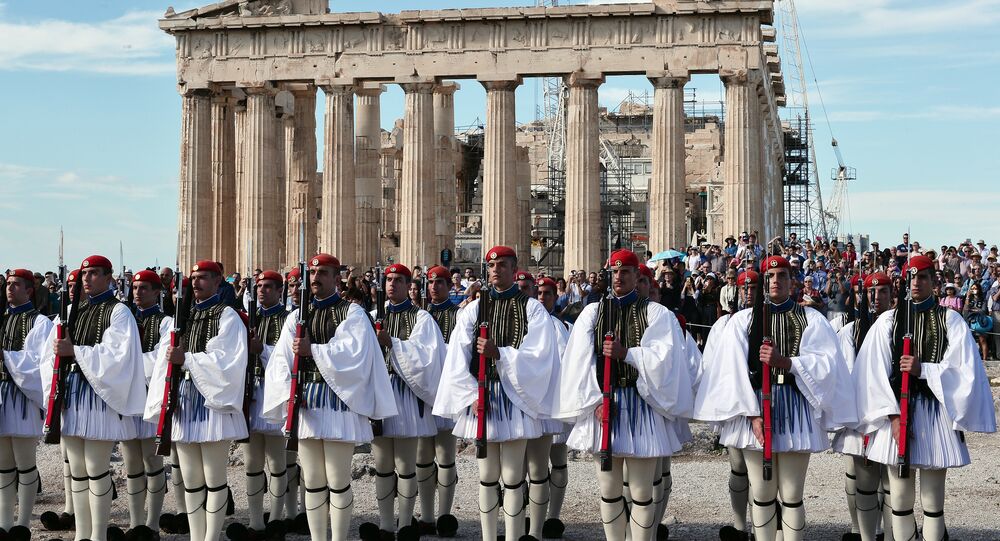 Greek finance minister Yorgos Chouliarakis has told German media that he is prepared to take on Germany to secure a debt relief package for Greece.

In an interview with Süddeutsche Zeitung, Chouliarakis admitted he no longer loses sleep over the economic crisis in Greece, instead the finance minister insisted that he's ready to put the issue of debt relief back on the agenda, despite German opposition.

"It would be hard negotiations [to have] there is no doubt about it. The IMF is in favor of debt relief, it was always in favour of it, back in 2010. We should have started this back in May 2010. But there would still be the need for fiscal adjustment, so debt relief would not be a panacea."

Indeed the International Monetary Fund (IMF) has said Greece cannot deal with its public debt solely through reforms. The country, according to the IMF needs longer grace periods and longer maturities from its European creditors.

And while the Greek finance minister is no longer losing as much sleep over the country's economic uncertainty, the head of the IMF recently told a news conference that the Greek debt "has become highly unsustainable."

But Chouliarakis, member of the Syriza party, also aims to put social justice back on the agenda.

According to the IMF, Greece's economy is now smaller than Vietnam's

Yet Chouliarakis admits that parties which only emphasize on social justice offer an unsustainable model of reform. "We have to find a way to accommodate both.

"It is a long battle. We need alliances."

In an interview with Euronews, Thomas Piketty, a French Economist who specializes in wealth and inequality agreed that Greece needed a debt reduction plan — much like the one offered to Germany after the Second World War:

"The good news is that we've had lots of debt restructuring in the past including Germany who had a huge public debt and foreign debt after World War II," Piketty told Euronews.

"The entire European project in the 1950s was actually built on debt forgiveness."

Yet a recent YouGov poll revealed that the majority of Germans are opposed to debt relief. 61 percent voted that Greece should be made to stick to existing terms of repayment, against 26 percent who favored renegotiation.

IMF's debt projections for Greece slightly worse than those of European institutions — from @MacroPolis_gr pic.twitter.com/sJxEH7jAvM

German Chancellor Angele Merkel isn't exactly known for giving Greece an easy ride during months of bailout discussions with Greece's creditors, the Troika. But the issue of debt relief isn't going away any time soon and Yorgos Chouliarakis' decision to fight for it might unleash yet more tensions in the European Union.