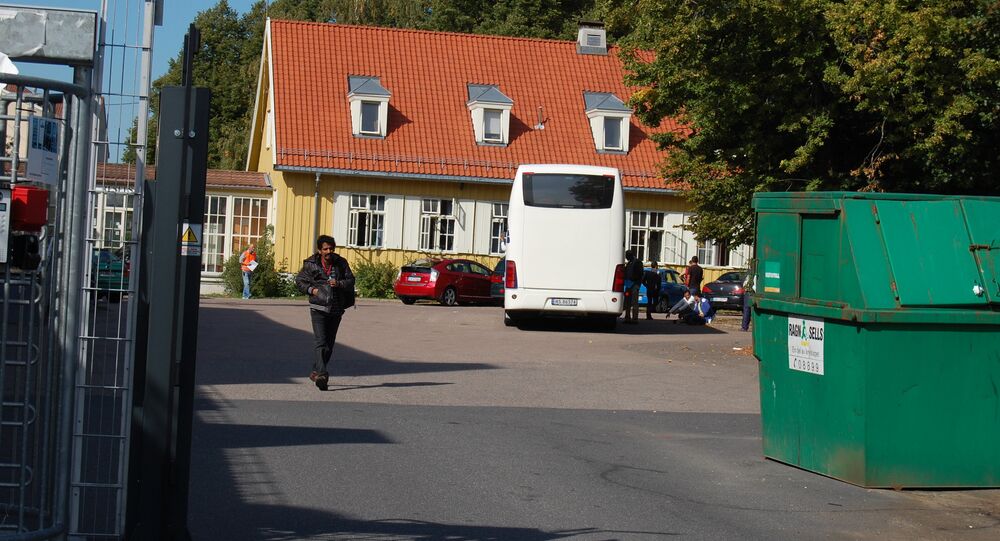 According to Norwegian State Secretary, the country intends to turn around those refugees who have already been granted residence permits in Russia or have an oppertunity to receive them.

© AFP 2021 / CHRISTOF STACHE
US Must Share Challenges of Resettling Syrian Refugees - Senators
MOSCOW (Sputnik) — Norwegian authorities struggle to cope with the influx of Syrian asylum seekers arriving through the country's northern border with Russia, and intend to return these persons without processing their asylum applications, Norwegian State Secretary at the Ministry of Justice Joran Kallmyr said Thursday.

"The increased influx of asylum seekers to Norway is a challenge, and in Finmark [northern region bordering Russia] we have struggled to provide everyone with shelter," Kallmyr told Norway's VG newspaper.

According to Kallmyr, many of those arriving have already been granted residence permits in Russia, or may be able to receive them. "We can then avoid processing these applications and send them back, following the principle of the first country of arrival," he said.

"Some of these people even have dual citizenship and have lived in Russia for several years. Others have recently arrived, but are not persecuted in Russia. Nor is there an ongoing war or other security situation in Russia suggesting these refugees could not be returned," he underscored.

© AP Photo / Alexander Zemlianichenko
Refugee Children Held in Cells Alongside Criminals on Greek Island of Kos
On Wednesday, Justice Minister Anders Anundsen told Norway's NRK broadcaster that Norwegian authorities suspect the refugee influx from Russia to be organized, though without specifying whom it may be organized by.

The minister also questioned why the refugees are not heading for neighboring Finland and stated that Russian authorities must be aware of the situation, as the asylum seekers are arriving from a militarized area where there usually are no civilians.

Norway's Foreign Minister Borge Brende told local media on Thursday that he had asked his Russian counterpart Sergei Lavrov for an explanation regarding the situation on the sidelines of a Barents Euro-Arctic Council meeting earlier this week.

US Urges Europe to Uphold Humane Treatment of Refugees