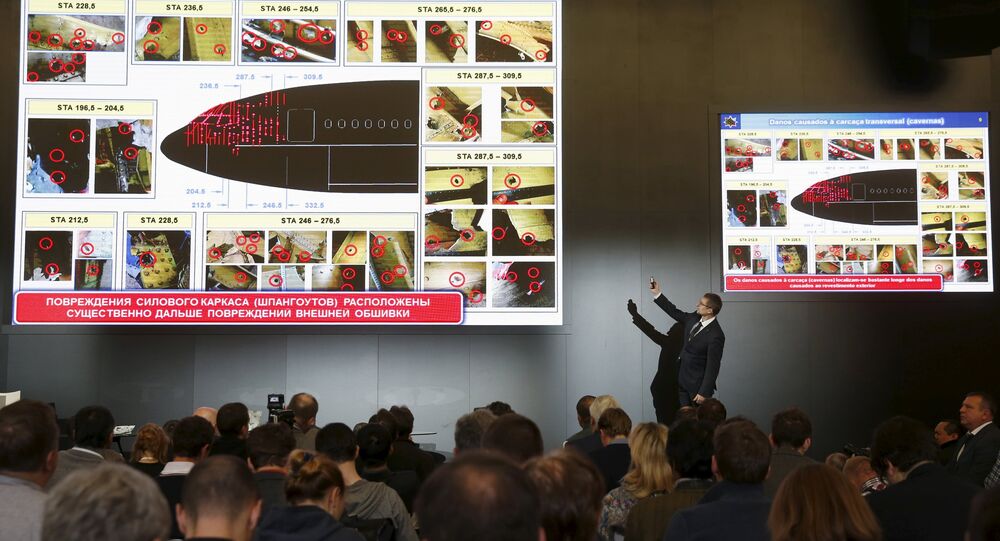 Oleg Storchevoy, the deputy head of Russia’s Federal Air Transport Agency, said that there are some mistakes in the Dutch Safety Board’s final report on the cause of the Malaysia Airlines flight MH17 crash.

© AFP 2021 / VASILY MAXIMOV
Russia Stood Up to Accusations, Explained Stance on MH17 Crash to Malaysia
MOSCOW (Sputnik) — The Dutch Safety Board’s final report on the cause of the Malaysia Airlines flight MH17 crash in eastern Ukraine is based on an erroneous assumption about how the electronic detonator of the Buk missile works, the deputy head of Russia’s Federal Air Transport Agency said Thursday.

The report claims that the Malaysian airliner crashed after being struck by a 9N314M-model warhead carried on a 9M38-series surface-to-air Buk missile, which was launched from anywhere within a 123-square-mile area in eastern Ukraine.

"The electronic detonator in this type of missile works differently from what the Dutch assumed," the civil aviation authority’s deputy chief Oleg Storchevoy said in a televised interview.

© AFP 2021 / BULENT KILIC
Russians, Dutch Must Continue MH17 Probe Together
"If we are talking about a missile fired by a Buk M1 system, it could have never inflicted that kind of damage to the aircraft while on a collision course, as was proven by our experts. It would have had to fly 5 to 7 meters [16.4 to 23 feet] farther ahead – that is in the algorithm of its detonator," he explained.

Flight MH17, en route from Amsterdam to Kuala Lumpur, was brought down on July 17, 2014 over the Donetsk countryside, killing all 298 people on board.

Russian air defense systems producer Almaz-Antey presented the findings of its own inquiry into the tragedy, stating that the missile that downed the plane could only have been a old model of its 9M38 series of missiles that was withdrawn from Russian army service in 2011.