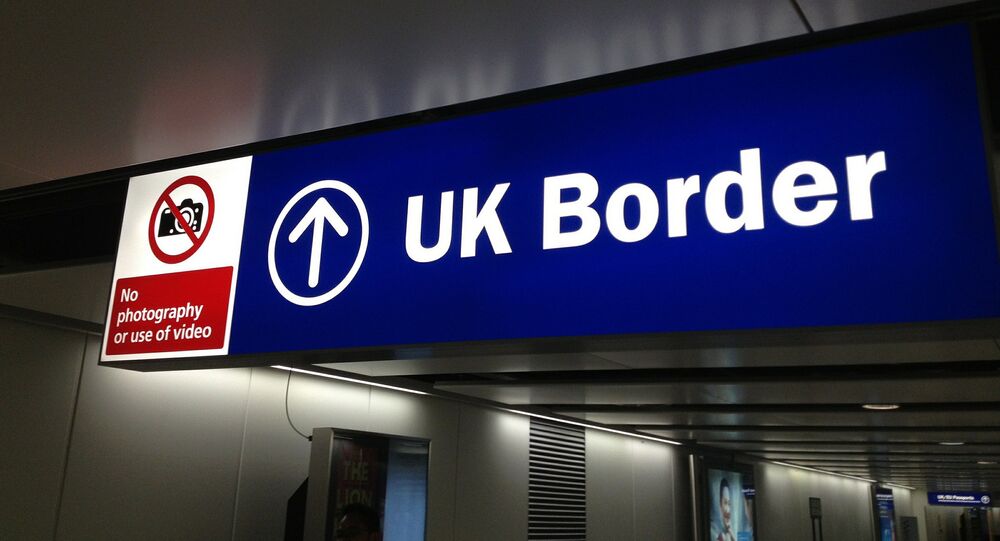 The Tory party's favorite topic - immigration - is again top of the agenda after the Home Secretary's controversial new Immigration Bill cleared its first parliamentary round despite opposition from Labour, the Liberal Democrats, the Green Party and Scottish National Party MPs.

Described as "nasty and punitive" — Theresa May's new Immigration Bill has also been accused of having the potential to wreck race relations in Britain.

#ImmigrationBill is nasty, punitive & lacking evidence base, & will undermine precisely the social cohesion Minister says she cares about

Described by a comedian and writer in the Guardian as "a woman who exudes all the compassion of stage 4 bone cancer" after delivering her Conservative party conference speech, Theresa May has outlined the measures which include putting people who work illegally in England and Wales in jail for six months.

It's worth mentioning here that asylum seekers awaiting their refugee status are banned from working while they wait and forced to live on government food vouchers, which have also just been cut back.

© Flickr / Steve Evans
Fair Play Britain? Poorest to Get Poorer As Politicians Get a Pay Rise

Police will also be able to seize their wages as "proceeds of crime" and landlords will be given the right to carry out immigration checks on their tenants, seizing passports or visas to verify their immigration status. If landlords fail to do that — they too face a jail sentence.

And people working in the public sector where they have to deal face to face with the customers will be duty-bound to speak fluent English.

The police will also be given powers to stop and search cars they suspect being driven by someone who is living in the country illegally.

The bill has been accused of increasing prejudice and has the potential to wreck race relations in the UK. Conservative MP Richard Fuller has warned it could lead to discrimination against all minorities.

"The problem is, it is very difficult for someone to see if someone is an illegal immigrant, what they see is someone who is different."

"Do you not accept that within this law there is a the potential for discrimination to be increased if this is pursued too aggressively?" the Bedford MP asked Mrs May.

The Liberal Democrat party is calling for an outright rejection of the bill.

"This is a totally illiberal bill which deeply erodes civil rights and diminishes human liberties by giving immigration officers and the executive extreme powers… It is proposed that immigration officers get powers to enter premises, strip search and arrest, breaching the rights of legal or suspected illegal immigrants."

The dehumanization of migrants, refugees and asylum seekers as "swarming" the UK, as well as believing it to be the "land of milk and honey", has been part of the Conservative party's rhetoric ever since the refugee crisis hit Europe and thousands of people tried to break into the Channel Tunnel during the French port workers' strikes.

"No child should face destitution, whoever they are, wherever they’re from," says @andyburnhammp. We 100% agree. #ImmigrationBill

In response to the refugee crisis, the UK has agreed to take in 20,000 Syrian refugees — refusing to opt into Europe's quota system. New guidelines issued by the Home Office to local authorities on refugee resettlement appear to reflect Theresa May's hostility towards refugees and asylum seekers in Britain.

The guidelines state that councils should not offer "luxury goods" or "white or brown goods" that are deemed nonessential to resettled Syrians as part of the vulnerable person's resettlement scheme. Some of those "luxury" items include fridges, cookers, radios, computers, TVs and DVDs.

In response, the Home Office said the guidelines have been in place since 2014 and added: "The guidance sets out that local authorities can provide food storage, cooking and washing facilities, including a fridge, cooker and toaster.

"Not included under the criteria 'other white goods or brown goods', are TVs, DVD players or any other electrical entertainment appliances."

And in response to the question asked by MP Richard Fuller, Theresa May replied:

"I think it is only fair to people who are coming here, who are making their contribution to society, who have actually played by the rules, that we do take the efforts to ensure that those who are here with no right to be here, who are abusing our systems, are actually dealt with appropriately."