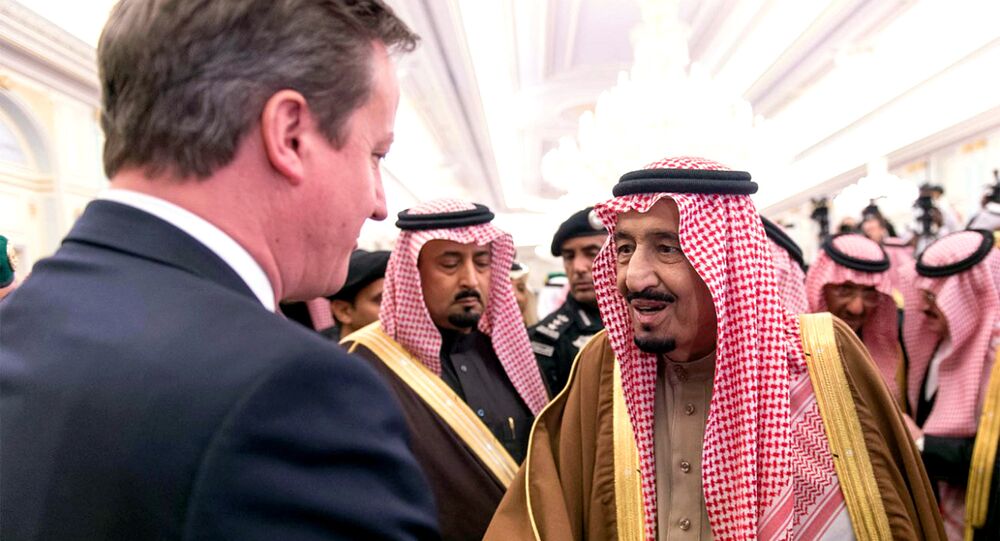 The former UK ambassador to Saudi Arabia has said the decision to pull out of a US$9 million contract to provide training for prison services in Saudi Arabia, following a cabinet row, is a "serious mistake" that will damage the special relationship between the two countries.

The UK performed a u-turn and scrapped the deal to provide training for the Saudi prison service after heavy criticism that the contract would be seen as supporting Saudi Arabia's judicial system that saw 175 people executed in the last year, according to Amnesty International.

The US$9 million deal had come in for criticism for several months and led the UK Justice Secretary, Michael Gove to call for is to be scrapped because of Saudi Arabia's track record on human rights. Yet Foreign Secretary Philip Hammond disagreed, saying it would damage relations with the Arab state, which has strong defense and business links with the UK.

It's good to hear the government have cancelled the Saudi Arabian prison contract, good for Michael Gove for opposing it too.

The row spread into David Cameron's cabinet meeting Tuesday, during which it was reported there were strong exchanges of views, after which the decision to end the deal was announced.

Sir Alan Munro, British ambassador to Saudi Arabia from 1989 to 1993 and director of the Arab British Chamber of Commerce said:

"I think the very abrupt withdrawal of the bid on this program to help with the management of prisoners is a mistake — indeed, a serious one."

"This is no time to be turning Britain's back on Saudi Arabia. We need contact.

"There is so much going on in the area involving us both that we need contact and not a cold shoulder at the present time."

"I believe the Saudi's are going to take this badly — however it's dressed up as being a technical decision," he told the Today radio program.

Britain and Saudi Arabia have a long history of defense co-operation, with the UK providing arms and support to the Arab state's ministry of defense under a number of different programs worth billions of dollars.

Under the controversial Al Yamamah agreements of the mid-1980s, the UK supplied the Saudi Arabian government with military equipment, especially Tornado and Hawk jets, including contracts for continuing servicing and operational support.

Britain's major defense firm BAE sold 72 of its Eurofighter Typhoons in a US$6.8 billion (£4.4bn) deal called The Salam ("peace") Project. In May 2012 BAE won a US$2.5 billion (£1.6bn) contract to help train the Saudi air force. The contract includes 55 Pilatus aircraft made in Switzerland and 22 BAE Hawk jets.

© Flickr / Tijl Vercaemer
UK Slammed for Failure to Condemn Saudis Over Planned Juvenile Executions
The UK exported around US$10.75 billion goods and services in 2014. Goods exports were US$6.4 billion in 2014. Over 6,000 UK firms actively export goods to Saudi Arabia. Britain is the Kingdom's second largest cumulative investor with approximately 200 joint ventures, estimated to be worth around US$17.6 billion.

Amnesty International's latest report on Saudi Arabia said the government "severely restricted freedoms of expression, association and assembly, and cracked down on dissent, arresting and imprisoning critics, including human rights defenders. Many received unfair trials before courts that failed to respect due process, including a special anti-terrorism court that handed down death sentences."

Saudi Arabia has also been heavily criticized for discrimination against the Shia minority with some activists being sentenced to death and scores receiving lengthy prison terms.