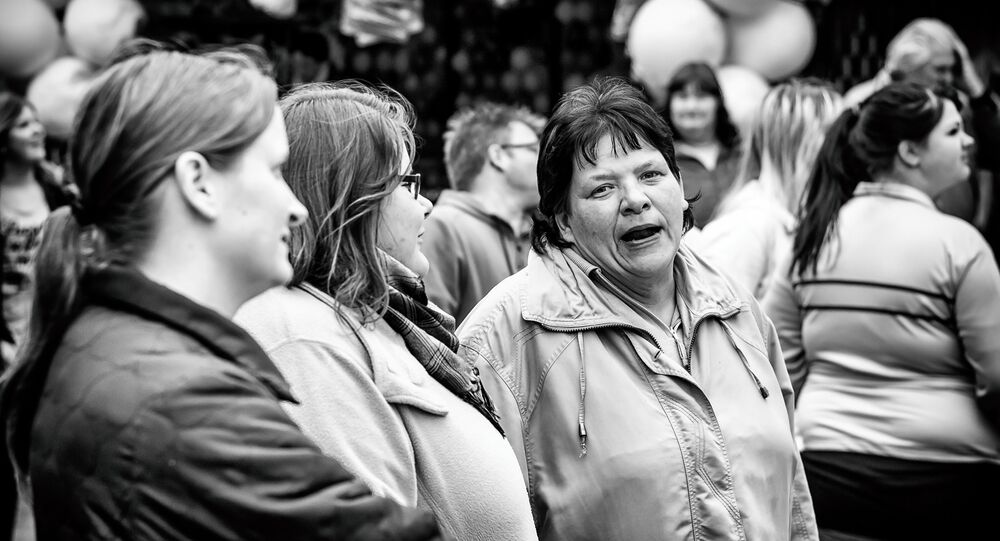 German Chancellor Angela Merkel is under pressure over the country's stance on the refugee crisis, with a new poll finding that a majority of Germans believe there are too many refugees in the country, while only a third agreed with Merkel's claim that Germany will be able to manage the situation.

© AFP 2020 / CHRISTOF STACHE
Over 710,000 Migrants Arrive in EU in First 9 Months of 2015
The survey, carried out by YouGov, found that 56 percent of respondents thought there were already too many refugees in Germany and that the country couldn't handle taking in any more.

This represented a rise of 10 percent from the last poll in mid-September, indicating that many Germans were becoming increasingly frustrated with the government's approach to the crisis.

Officials say that Germany is expecting up to 800,000 asylum seekers this year, however it was recently reported that the figure could be as high as 1.5 million.

While aid agencies and humanitarian NGOs have praised Germany for opening its borders to those fleeing war in Syria and other parts of the Middle East, Merkel has been on the receiving end of criticism from members of the public and even members of her own ruling coalition, who argue that the decision to open up Germany's borders will hurt the country economically and socially.

Horst Seehofer, the governor of Bavaria, who is also a member of the ruling coalition's CSU party, has threatened to file a complaint against the chancellor in Germany's Federal Constitution Court, arguing that the refusal to set an upper limit on the number of refugees violates the constitutionally guaranteed independence of Germany's federal states.

On top of a backlash against the number of refugees allowed into Germany, there has also been a drop in confidence over Merkel's leadership.

The YouGov survey revealed that only 32 percent — less than one-third — of respondents agreed with the chancellor's repeated insistence that "we'll manage this" in relation to Germany's ability to handle the influx of refugees into the country.

Merkel has declared that she won't change the country's approach towards refugees fleeing combat zones in the Middle East, regardless of public opinion or criticism from within her own coalition.

However, some critics and commentators have noted that the pressure is building on the chancellor, especially with the YouGov poll revealing that 64 percent of people disagree with Merkel that Germany will be able to "manage" the impact of the crisis.

While many Germans have embraced the arrival of refugees from the Middle East and North Africa, others — including anti-Islam group Pegida — have protested against immigration into Germany.

There has also been an increase in violence towards some of Germany's new arrivals, with reports of assaults and arson attacks against some refugee hostels in the country.