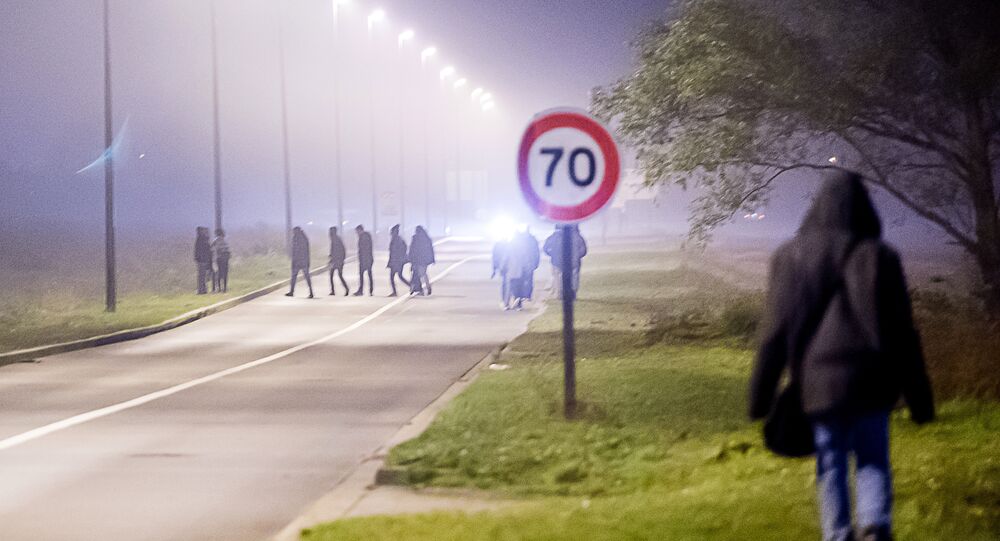 More than 300 lawyers and law academics, including over a hundred of the foremost Queen's Counsels - have described Britain's response to the refugee crisis as "deeply inadequate" and "too low, too slow and too narrow".

In an open letter published in The Times and The Guardian newspapers Monday, the lawyers rapped the British Government's current offer to take in 20,000 Syrians over a period of five years. They said:

"The UK should take a fair and proportionate share of refugees, both those already within the EU and those still outside it. The UK's present offer is deeply inadequate: in Lebanon alone, a country of 5 million, there are 1.2 million registered Syrian refugees."

Germany has received 577,000 asylum claims so far this year. That's around double the number the UK has received in the last 10 years.

They said the EU's Dublin agreement, under which asylum-seekers are compelled to apply to the first member state in which they land, is dysfunctional. "In certain member states, particularly at the EU's periphery, reception conditions have collapsed and determination procedures are rudimentary," they said.

"This situation, coupled with draconian penalties on airlines and ships which carry undocumented passengers, including those fleeing persecution, has created the conditions which drive individuals and families into the hands of people-smugglers, with unseaworthy and overloaded boats or suffocating lorries."

Since April 2015, more than 500 people have drowned in the Mediterranean — mostly off the Libyan coast — attempting to flee war zones and head from Greece and Italy. The bodies of 71 refugees were found in a truck from Hungary found abandoned on a motorway in Austria in August.

Actor Benedict Cumberbatch says UK govt not doing enough on refugee crisis, taking 20,000 over many yrs is too little pic.twitter.com/hAOmAjtBAD

The lawyers called for the establishment of safe and legal routes to the UK, as well as to the EU, halting the "hazardous boat traffic" which will save lives.

This, they argued, should include humanitarian visas for the specific purpose of seeking asylum on arrival, issued in the country of departure as well as resettlement schemes, accepting refugees directly from the country of persecution or from neighboring states.

“I never wanted to come to the UK. My family were afraid for me so they sent me.” http://t.co/bDzZUTUiBS #refugees pic.twitter.com/gTAdrNl238

The lawyers and academics said the UK and EU should establish humane family reunion policies, such as allowing child refugees in the UK to be joined by adult family members.

"International refugee law developed following the horrors of the Second World War because states, including the United Kingdom, recognized that people fleeing persecution have a moral and legal entitlement to protection."

"But many member states of the European Union, including the UK, make it impossible for people to gain access to these rights by normal means of travel. They require regular visas conditioned on an early return home.

"There is no such thing at present as a visa for travel from refugee-producing countries such as Syria, Iraq, Eritrea or Afghanistan, permitting entry in order to claim asylum."

According to the UK government, since 2011, Britain has granted humanitarian protection to just 5,000 Syrians through its normal asylum procedures.