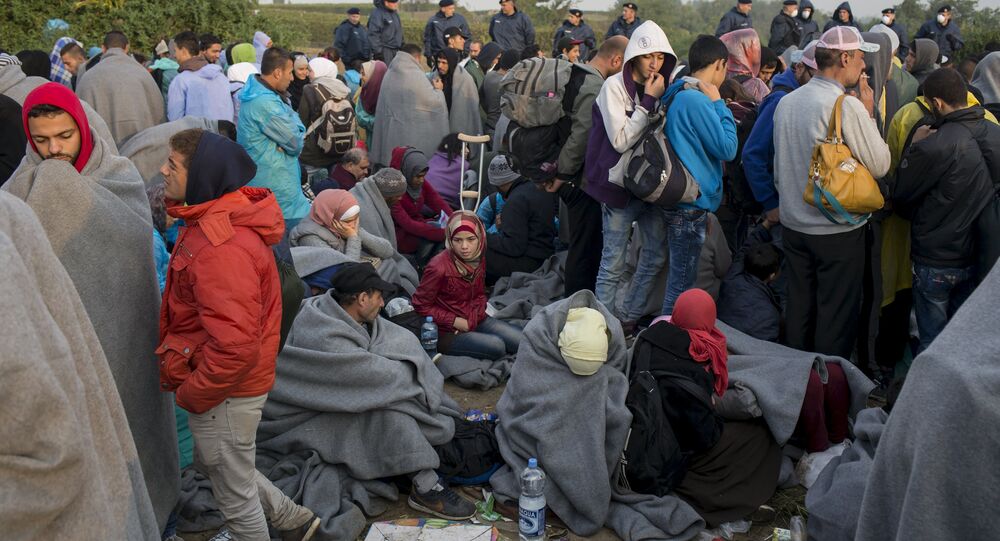 The European Union is actively exploiting Serbia's bid for membership of the bloc to turn it into one of the largest refugee reception camps, a move that should be met with opposition, the chairman of Serbia's Dveri political movement told Sputnik.

MOSCOW (Sputnik), Svetlana Alexandrova — Serbia submitted an application to join the European Union in 2009 and received EU candidate status in 2012. Formal negotiations on Serbian accession to the bloc started in January 2014.

"Serbia must oppose the dictates from Brussels that plans to turn Serbia and other Balkan states into the largest refugee reception point, an immigrant colony, as it might thus become another condition of Serbia joining the European Union," Bosko Obradovic stated.

© REUTERS / Leonhard Foeger
'Real Refugees' Are Still Around Syria, While Economic Migrants Rushing Into EU
According to the Dveri chairman, Brussels pursues its own secret agenda in an attempt to channel a deluge of undocumented immigrants into non-EU states that will be forced to silently agree, tethered by their EU membership aspirations.

"There is an unwritten plan to redirect a refugee flow through non-members of the European Union, such as Macedonia and Serbia, instead of allowing asylum-seekers to continue their journey to Western Europe through EU member-states such as Bulgaria, Slovakia and Romania," Obradovic underlined.

The ongoing refugee crisis might result in religious and cultural conflicts, as well as problems of an economic, social and security nature, he added.

Serbia needs to close its borders amid the migrant crisis since Belgrade is not responsible for the conflicts in the Middle East and Africa that are causing the mass exodus, the politician stressed.