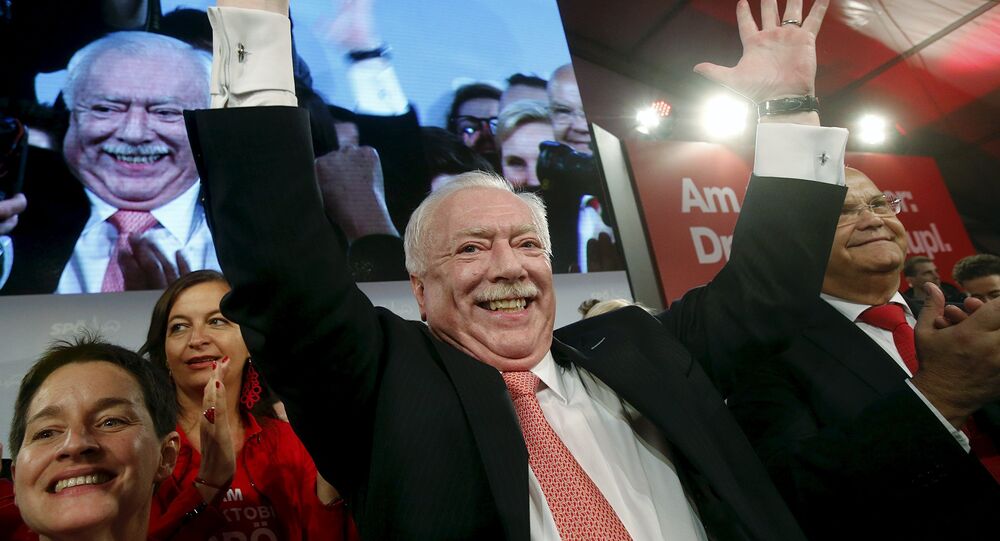 The Social Democratic Party of Austria (SPO) will stay in power in the municipal legislature for the next five years, preliminary election results showed on Sunday.

VIENNA (Sputnik) – With all 1499 precincts closed, SPO won 39.44 percent of votes to the Vienna City Council, gaining 44 mandates in the 100-seat parliament. The Austrian capital has been led by the SPO for most of the past 70 years.

Sunday’s vote is seen as a test for the traditional SPO-OVP coalition to be able to cope with the crisis that propelled FPO into second place.

FPO leader Heinz-Christian Strache, a vocal critic of the European Union’s anti-Russia sanctions, is now among the contenders to serve as a deputy to Vienna Mayor Michael Haupl, who has been in office for 21 years.

Turnout among an estimated 1.14 million people eligible to vote was estimated 72.6 percent by 19:31 GMT.

Austrian Army to Assist Police on Border With Hungary