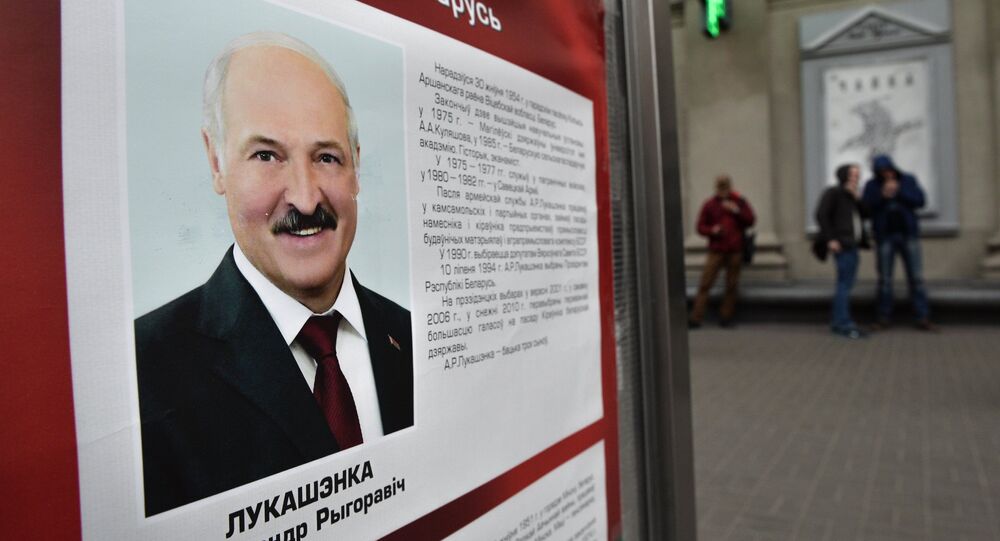 The citizens of Belarus will go to the polls on Sunday to elect the president for the next five years.

MOSCOW (Sputnik) – There are four candidates for the presidential race, including incumbent President Alexander Lukashenko, Belarusian Patriotic Party Chairman and head of the Belarusian Cossacks organization Nikolai Ulakhovich, Chairman of the Liberal Democratic Party Sergei Gaidukevich and activist of the 'Say the Truth!' campaign Tatyana Korotkevich.

The country’s current president was registered as a candidate for the upcoming elections by the Belarusian Central Election Committee on September 11.

© REUTERS / Mike Segar
Belarus to Stick to Traditional Family Values - Lukashenko
According to Belarusian law, a presidential candidate needs to collect at least 100,000 signatures to participate in the elections. Lukashenko collected 1.76 million.

The incumbent country’s leader participated in a total of five election campaigns in the history of the republic since the dissolution of the Soviet Union.

A September survey carried out by the Independent Institute of Socio-Economic and Political Studies forecast that Lukashenko would get over 60 percent and Korotkevich — about 25 percent — of the vote.

Over 6,000 polling stations have been set up in Belarus and abroad ahead of the vote.

More than 900 international observers have been accredited by the election committee to monitor the counting of votes.