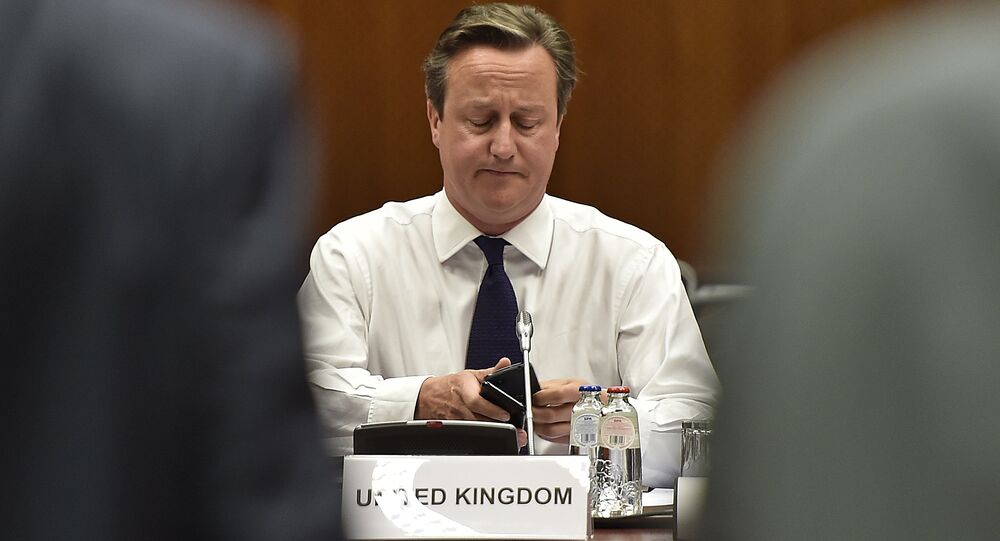 British Prime Minister David Cameron stressed during a meeting with German Chancellor Angela Merkel that the United Kingdom needs EU reforms to be implemented ahead of a referendum where UK’s membership in the bloc will be up for a vote.

LONDON (Sputnik) – Merkel and Cameron met during a working dinner at the prime minister’s country house, Chequers, on Friday.

"The Prime Minister underlined that he wanted to secure reforms and then keep the United Kingdom in a reformed EU. He noted that the technical talks are progressing well but that there is still much to be worked through in order to find a solution. Chancellor Merkel reiterated that she wanted Britain to remain in the EU," a British government spokesperson said after the meeting.

According to the spokesperson, EU reforms will be discussed at the October European Council meeting.

Cameron has pledged to hold a referendum on the United Kingdom's EU membership by the end of 2017.

Cameron is seeking to revise the terms of UK membership in the bloc and has been meeting with EU leaders discussing possible reforms related to economic governance, immigration and labour policy.

The British prime minister is expected to give more details on EU reforms that the United Kingdom wants implemented at the upcoming summit of EU leaders in December.