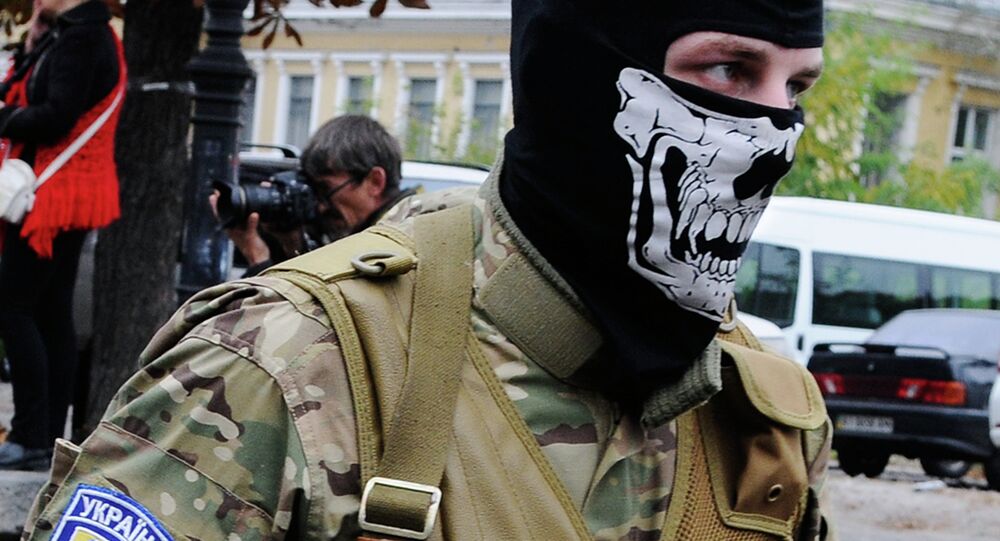 The Ukrainian parliament and common sense seem to be as far apart as Senegal and Siberia. The Verkhovna Rada allowed foreign citizens and stateless people, who happened to be in the country, to join the Ukrainian army; meanwhile, the parliament has also tightened criminal penalties for mercenaries and for those who recruit mercenaries.

© AP Photo / Sergei Grits
Foreign Combatants' Infiltration in Ukraine 'Undermines Peace Process'
Let it marinate in your head a little longer… Now, again: foreigners and stateless folks are being allowed to join the Ukrainian army to fight in eastern Ukraine, while at the same time foreign mercenaries will be severely prosecuted if caught participating in the Ukrainian conflict.

In most people's understanding, these two policies are mutually exclusive in the way that they can't happen at the same time. But apparently in Ukraine they can.

The legislation aims to "improve the combat capabilities of the Ukrainian Armed Forces and reduce human and financial resources of Ukraine," the text of the document said. The law was voted in favor by 229 deputies out of 226 needed to pass the legislation.

Most likely, the Ukrainian government wants to limit a number of foreign volunteers joining the ranks of Donbass militia. But what an outrageous policy of double-standards it is: on the one hand, to allow foreigners fight on the side of Kiev forces and, on the other hand, try to prosecute those who want to fight against them.

Alexandr Maksimenko
Who Is White-Washing Ukraine's Azov Battalion?
Now another question is: with the new law, what will happen to foreign mercenaries fighting in volunteer neo-Nazi battalions on the side of the Kiev army? Shouldn't the law that prohibits the use of mercenaries affect them in full and a bunch of neo-Nazis will be finally prosecuted?

Probably not, because the Ukrainian government has already thought about it and integrated the infamous Azov battalion, known for its radical nationalist views, into the Ukrainian National Guard, so the law will in fact legalize the foreigners fighting among them.

Ukraine Leader Suggests National Police May Be Headed by Foreigner