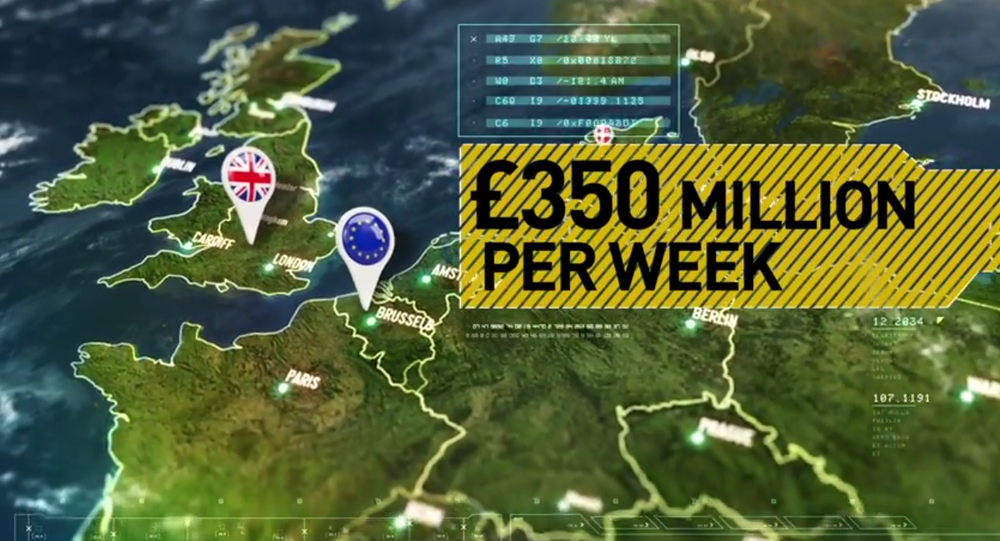 A new pro-Brexit campaign supported by millionaire donors with varying political affiliations was launched in the United Kingdom on Friday.

© AFP 2020 / EMMANUEL DUNAND
UKIP Politician Warns EU Not to Interfere in Brexit Vote
MOSCOW (Sputnik) — The United Kingdom is due to vote on whether to remain in the 28-nation bloc by the end of 2017, as pledged by Prime Minister David Cameron.

According to the Vote Leave campaign website, a Brexit is supported by Peter Cruddas, the former Conservative treasurer and banker, Labour donor millionaire John Mills, and Stuart Wheeler, a betting tycoon and former treasurer of the UK Independence Party (UKIP), among other prominent British business people.

The campaign, launched in anticipation of the 2017 UK referendum on an EU exit, seeks to "stop sending £350 million [$538 million] every week to Brussels and instead spend it on our priorities, like the NHS and science research." The organization also states it will end "the supremacy of EU law," in an effort to regain control over economic regulation, trade, tax and energy.

"A vote to 'leave' and a better, friendlier relationship with the EU is much safer than giving Brussels more power and money every year," the campaign states.

Last month, opponents of UK membership in the European Union joined forces in order to run a joint UKIP-led campaign under the Leave.eu Internet domain banner.

Hammond: UK to Vote in Favor of Brexit if Brussels Grants No Reforms

Some 20% of UK Tory Parliamentarians Likely to Back Brexit