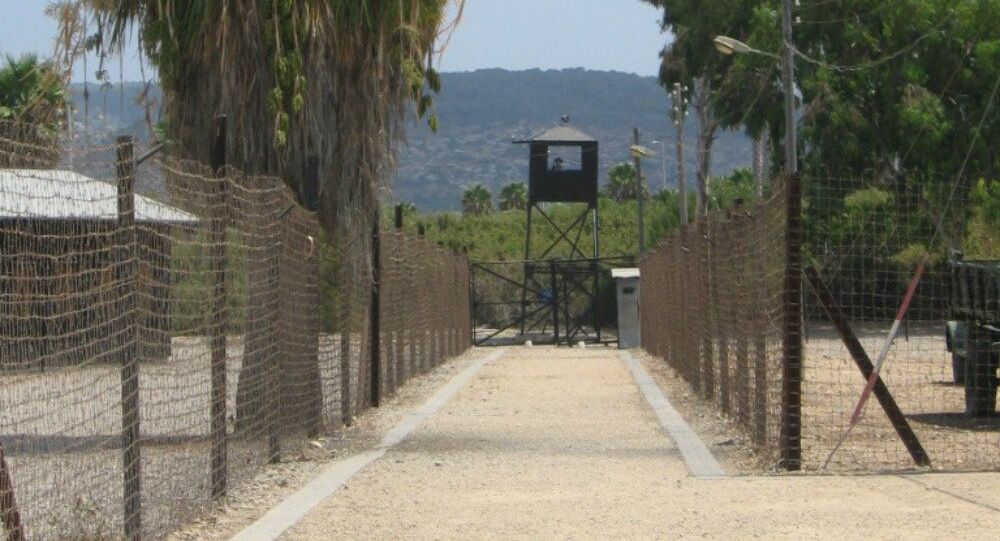 The gruesome and shameful history of British concentration camps for Jewish refugees in Palestine during the Second World War still remains largely unspoken.

When one refers to the issue of Jewish concentration camps, the dark history of the Nazi Holocaust aimed against European Jews usually comes to mind; however, it was not only fascist regimes who detained Jews in the 1930s-1940s.

"Today, when Europe is shutting its borders in the face of the huge flow of Arab refugees from Syria and Iraq, it is worth mentioning that Britain, now lecturing others on moral values, in 1939-1948 captured and detained, in its own concentration camps, thousands of Jewish refugees who escaped doom in Nazi death camps," Russian-Israeli travel blogger Alexander Lapshin wrote on his Facebook page.

In the 1930s European Jews were not welcomed anymore in Nazi-controlled Germany. The Jewish community was stigmatized, and anti-Semitism was on the rise. In the face of increasing repression many Jews fled Germany. Needless to say, the nationwide Kristallnacht ("Night of Crystal") in Germany in November 1938 facilitated a sharp increase in Jewish emigration.

© AP Photo / Hoffman
The Munich Agreement: West's Political Conspiracy Against Stalin?
But where could they go? It was a time when Palestine was seen by many as the only light at the end of the tunnel.

However, in the 1930s Palestine, then Mandatory Palestine, was a geopolitical entity ruled by the British administration.

Incredible as it may seem today, London immediately restricted the number of Jews who could flee to the Palestinian Mandate to only 15,000 per year.

London was clearly not a Nazi sympathizer, but the truth of the matter was that the British government wanted to preserve the established balance of power in its mandated territory in the Middle East. In turn, London put its geopolitical interests above the interests of destitute European Jewish refugees.

From 1939 in response to the high influx of Jewish asylum seekers, the British government organized a network of detainee camps for Jews, labeled by the British administration in Palestine as "illegal immigrants."

© AP Photo
The Munich Betrayal: How Western Powers 'Sold' Czechoslovakia to Hitler
In the beginning of the Second World War those who avoided detention in Nazi death camps — Treblinka, Sobibor, Belzec, Majdanek and Auschwitz-Birkenau — were arrested and thrown in quickly erected British concentration facilities in the Palestinian Mandate, Cyprus, and Mauritius.

The grim irony of the situation was that the British concentration camps looked strikingly similar to those established by Nazi Germany in Europe.

Tens of thousands of desperate Jewish asylum seekers were captured by the British on the shores of Palestine and placed into detainee camps.

One of them, the Atlit camp, located 12 miles south of Haifa, is still standing as a silent reminder of these shameful historical events. From 1939 to 1948 more than 70,000 Jews had gone through this camp, a terrible place surrounded by barbed wire and watchtowers. Unfortunately, many died there due to the deplorable living conditions. Embarrassingly, there were many Holocaust survivors among those arrested by the British administration in Palestine.

© AP Photo / Matt Dunham
British Fascism: Why British Nobility Hailed Adolf Hitler and Nazi Germany
When new inmates arrived at Atlit, they were stripped naked and sprayed with DDT. It was the same humiliating procedure many of them had already faced in Nazi camps and ghettoes.

What is even more shocking, the British concentration camps were still functioning when the Red Army liberated European Jews from the Nazis. Britain continued to capture Jewish "illegal immigrants" preventing them from entering the Palestinian Mandate until the late 1940s.

The Atlit camp was eventually closed after being attacked by Israeli guerrillas in 1945. Among them was young Yitzhak Rabin, future Israeli politician, statesman and general.

On May 14, 1948, head of the Jewish Agency David Ben-Gurion, proclaimed the establishment of the State of Israel.