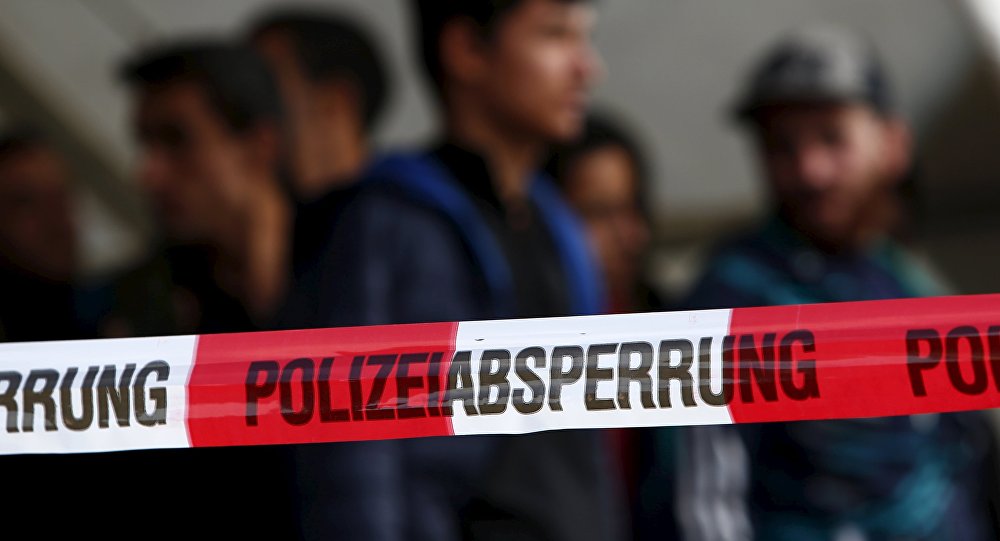 German daily Der Tagesspiegel has put itself in an awkward position by placing the photo of an actor playing Adolf Hitler next to a headline saying "refugee crisis is a top priority"; the newspaper has already apologized for the "tasteless combination of the image and the text."

Wednesday's issue of Der Tagesspiegel has sparked fierce criticism due to its juxtaposition of an image of Germany's most infamous leader with a title dedicated to the refugee crisis on its front page.

While arranging material on the newspapers' Wednesday's issue, editors placed a large four-column photo of Oliver Masucci playing Adolf Hitler in the comedy "He's Back" next to the leading article on the migrant issue, with a headline saying "Refugee Crisis is a Top Priority."

Placed separately, the image and the text would never raise any suspicions, however the embarrassing combination has immediately provoked heated debate.

It's always all about the context. Well, that layout issue went quite wrong. @tagesspiegel #falscheslayout pic.twitter.com/x4o2dRS5QL

"It's always all about the context. Well, that layout issue went quite wrong," Twitter user Alexandra Brzozowski noted.

"Aaaaaahhhhhhhhh How could this happen?" another user wondered.

The issue was published at the very moment when the discussion surrounding the refugee crisis in Germany had reached its peak: Angela Merkel had ousted Germany's previous interior minister and installed one of her most trusted allies Peter Altmaier to handle the refugee crisis, German weekly news magazine Focus noted commenting on the issue.

© AFP 2019 / LOUISA GOULIAMAKI
EU Migrant Crisis: Germany's Spiegel Asks 'How Naïve Do We Want to Be?'
Focus lambasted Der Tagesspiegel for the poor layout, branding it as a "low blow" and recommending that those who are responsible for the newspaper's design should be more accurate and cautious when arranging material on a front page.

On Thursday Der Tagesspiegel apologized for the "tasteless combination" of the photo and the text, admitting that the public has inadvertently created a supposed link between the image, which was connected with a review of the controversial Hitler film "He's back," and the headline message "refugee crisis is a top priority." In light of this, the headline sounded more than controversial.

"Many readers have seen a connection between the photo and the text below it, which was not done intentionally," the newspaper clarified.