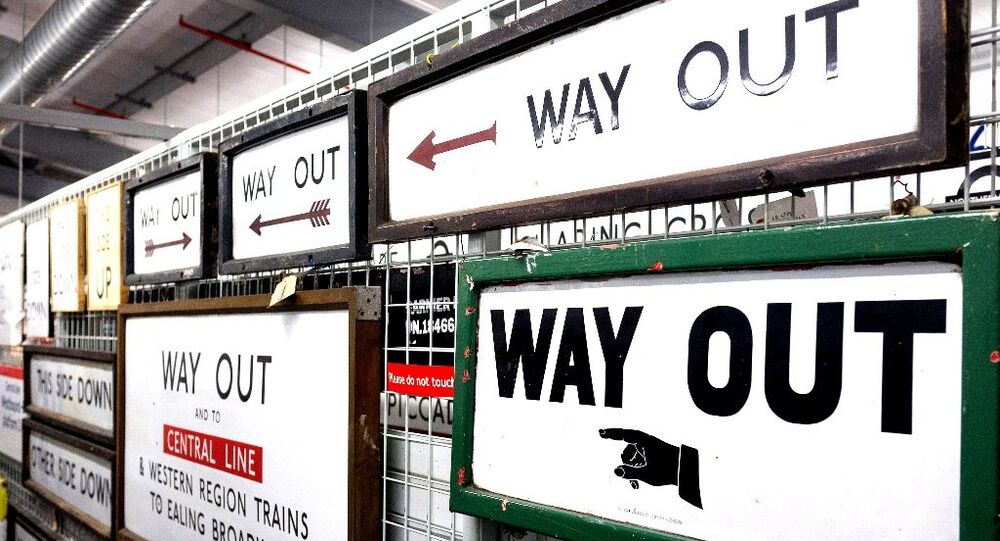 In comments that have seemingly given Britain's Euroskeptics more ammunition to leave the EU, French President Francois Hollande called on the UK to either back deeper integration within the bloc or follow the "logical path" of a Brexit.

Following criticism of the EU, which Eurosceptic UKIP MEP Nigel Farage described as "totally German-dominated", Hollande used his address to the European parliament to reaffirm his belief that all EU member states should back further integration in order to solve the bloc's common problems.

This #EUref is be a once-in-a-lifetime opportunity to bring democracy back to Great Britain… Don't waste it! pic.twitter.com/WW7tV7L9Ko

The French President laid our proposals for a common defense policy, shared asylum systems and new Eurozone institutions, saying that if the British public didn't like the idea of a closer union, they should vote to leave in the upcoming referendum of EU membership, to be held before the end of 2017.

"We've been going through this for years. If we don't want to strengthen Europe, then there's only one road."

"I heard Mr Farage say that the only road is for those who are not convinced of Europe is to leave Europe," he said.

"There is no other way. It's a horrible path, but it's a logical path. Leave Europe, leave Schengen and leave democracy. Do you really want to participate in a common state? That's the question."

The comments are thought to be the first time a major European leader has told the UK that there is a "logical" case for leaving the EU, with Euroskeptics such as Farage seizing on the 'integrate-or-leave' comments as ammunition to bolster their push for Britain to leave the bloc.

I've just sat and listened to Hollande and Merkel. Clear that EU renegotiation not even on the agenda.

Mr Hollande's address, and plans for further EU integration, also poses a huge headache for UK Prime Minister David Cameron, who this week insisted that Europe should be a "flexible network" that allows for some countries to be more integrated than others.

© AP Photo / Matt Dunham
Lame Duck Cameron Buries Europe Time Bomb in Party Speech
The prime minister has said that his preference is for the Britain to remain in the bloc as part of a reformed EU, however Hollande's stance has heightened concerns among some that Britain may fail to draw concessions from Brussels and may be forced into deeper integration if it wants to stay in the EU — something a significant number of Britons are not in favor of.

These fears of being pushed into deeper EU integration are sure to be used by campaigners — including many in Cameron's own Conservative party — to fuel the case for Britain to sever ties with Brussels.

This has set up a tricky and delicate situation for the PM, who must fight off Eurosceptic sentiment and convince voters that Britain should remain in the EU, while also lobbying for major players like France to soften its stance and support UK-proposed reforms to the bloc.