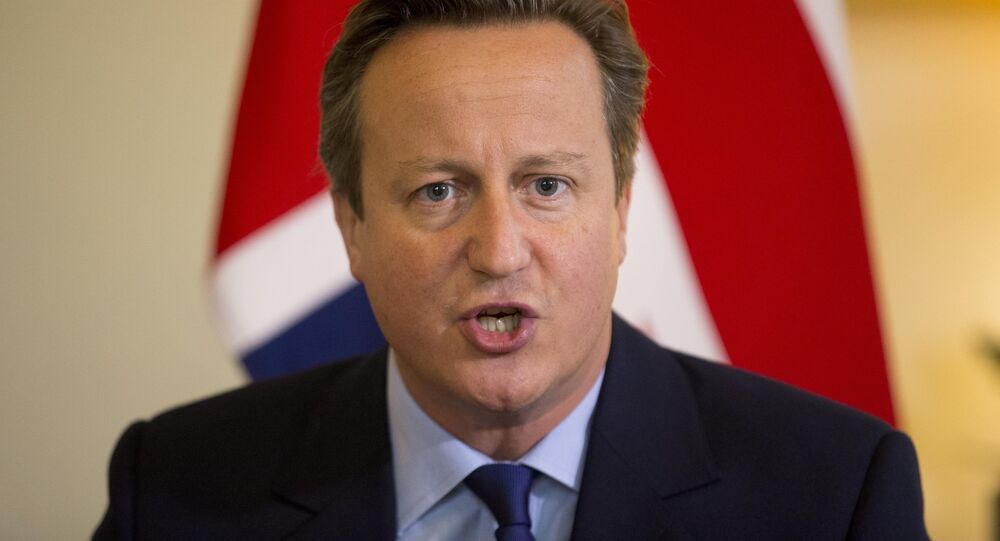 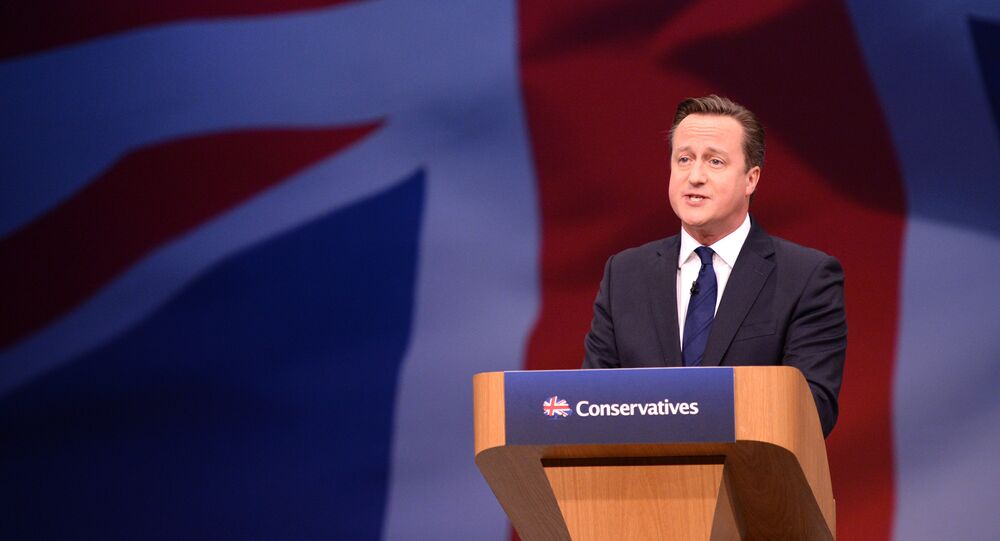 UK Prime Minister David Cameron sought to rally his party at their annual conference despite having admitted he will not serve a third term in the longest resignation notice in history as he buried the highly toxic issue of European Union membership.

Cameron's ham-fisted pre-election admission that he would not seek to serve a third term as prime minister has left him vulnerable as he sought to stamp his authority on his first party conference speech since winning the general election in May.

His esteem had already been dealt a blow after claims in a new book by former Conservative Party donor and ex-Deputy Chairman Lord Ashcroft that Cameron had put a "private part of his anatomy" into a dead pig's head as part of a dining club initiation ritual. Cameron denies the allegations, saying they were lies (or porkies, as they are colloquially known in the UK).

Despite the divisive issue of Europe not being on the formal agenda at the conference, all the talk on the sidelines in Manchester has been about Britain's membership of the European Union on which Cameron pledged to hold an In/Out referendum by the end of 2017.

On such an important issue, Cameron stayed strangely silent saying only:

"We all know what’s wrong with the EU — it’s got too big, too bossy, too interfering. But we also know what’s right about it — it’s the biggest single market in the world.

"Believe me, I have no romantic attachment to the European Union and its institutions. I'm only interested in two things: Britain’s prosperity and Britain’s influence and that is why I am going to fight so hard in this renegotiation, so we can get a better deal and get the best of both worlds."

On the general principle of more integration within Europe he said:

"Britain is not interested in ever closer union; and I will put that right."

In fact, pre-released extracts of what he said majored on affordable housing, which took up most column inches in the British media on the morning of his speech.

© AP Photo / Martin Meissner
UK's Cameron Stuck Between a Rock and a Hard Place Over Europe
He was pre-quoted as saying: "I believe that we can make this era — these 2010s — a defining decade for our country" — yet there was no leak to the media on British membership of the European Union.

His party is deeply divided over the issue, which tore itself apart when John Major was Conservative party leader and Prime Minister in 1997, when it lost the election and remained out of power for 13 years — 18 years, if you consider it has to share power with the Liberal Democrats, when it failed to win a majority in 2010.

With opinion polls showing a rise in those saying they would vote to take Britain out of the EU to within a few percentage points of those voting to stay in, Cameron is facing an uphill battle to keep his party from again tearing itself apart, while also trying to renegotiate Britain's EU membership in an effort to assuage anti-Europeans enough to win a vote to stay in.

© AP Photo / Tim Ireland
Tory Party Blues - So Soon After Victory
He had hoped to use his most important allies in Europe — Germany's Angela Merkel and France's Francois Hollande — to help win some concessions ahead of the referendum. However, they will both be extremely tied up in 2017 with their respective federal and presidential elections and their priorities will be towards a domestic audience and will not be distracted by protracted talks over the UK's membership.

That being the case, Cameron was widely tipped to bring forward the referendum to 2016 instead. However, the growing migrant and refugee crisis in Europe — as well as the looming crisis in the Eurozone — has caused a surge in anti-Europe sentiment in Britain as a whole, as well as a hardening among Euroskeptics within his party.

Having already given notice of his intention to stand down ahead of the next general election, due in 2020, he has set off a race for his successor, which threatens his grip on the party. The conference, which ends Wednesday has been described as a "beauty parade" by Work and Pensions Secretary Iain Duncan Smith, who has warned his colleagues they will lose the next election if it continues.

Cameron's preferred successor is Chancellor George Osborne, who has been playing a more and more prominent role in international affairs and Europe in recent months. However, Mayor of London — and newly elected MP — Boris Johnson wowed the conference with a powerful — and funny — speech, making it clear he is in the running too.

Then, in the spirit of Margaret Thatcher, Home Secretary Theresa May gave a barnstorming speech, ahead of Cameron's, in which she played to the Euroskeptic audience in calling for a cap on immigration, saying it was leading to a lack of cohesion in society.

Having made his 'resignation speech' before the election in May, Cameron has weakened his position within his own party and set off a "beauty parade" which is a distraction — of his own making — that he could do without while trying to hold his party together on Europe ahead of one of the most important referendum in decades.

His silence on the issue in his closing conference speech is a sign he is not confident he can pull this one off and has made a pig's ear of his political judgement.

Cameron Confirms Will Not Seek Third Term as Prime Minister