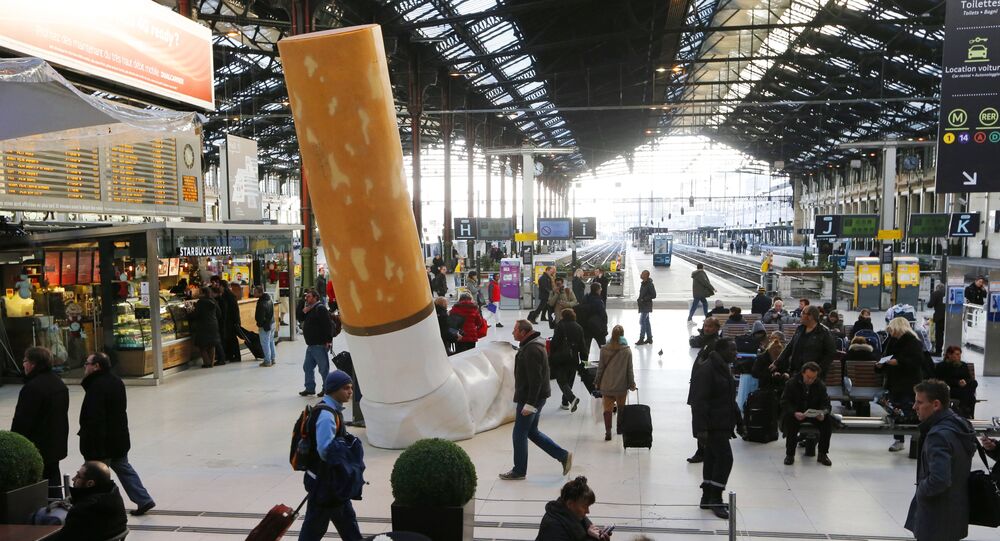 Anti-corruption campaigners have told Sputnik they welcome a ruling by the EU Ombudsman expressing grave concerns over the secrecy of lobbying carried out by the major tobacco companies in dealing with the European Commission.

© Flickr / Raxon Rex
No Smoke Without Fire: EU Forced to Come Clean Over Cigarettes
The European Ombudsman, Emily O'Reilly, has found the Barroso Commission was not transparent enough about its meetings with the tobacco industry. She called on the Juncker Commission from now on proactively to publish online all meetings with tobacco lobbyists, or their legal representatives, as well as the minutes of those meetings.

According to the Ombudsman, the Commission is not fully implementing UN World Health Organisation (WHO) rules and guidelines governing transparency and tobacco lobbying, to which the EU is a party.

"The European Commission has a particular responsibility in its role as initiator of EU legislation to ensure that policy-making in public health is as transparent as possible. This is all the more true when it comes to tobacco control, for which there is a dedicated UN framework. The UN framework applies to all EU institutions, who should implement these safeguards against undue tobacco lobbying. It is an opportunity for the Juncker Commission to be a global leader in this area of public health promotion."

All meetings —including the ones with lawyers representing the #tobacco industry- should be disclosed http://t.co/NsH9Jigjiv #eulobbying

Calls for Reforms of Lobbying

"Meetings with lobbyists as well as their written input should be published so that the public — citizens, journalists or civil society — can monitor their influence and spot potential conflicts of interest or undue influence."

"Full lobby transparency should apply to all EU decision-making and ensure that legislation has the public interest at heart and that the risks of corruption, conflicts of interest and regulatory capture are kept to a minimum," Freund told Sputnik.

Transparency International also welcomed the Ombudsman's request for speedy reform of the EU's lobby register that would make it mandatory instead of the current voluntary system. It said it was essential that the Commission implement these reforms, if they are to live up to their commitments to transparency.

The Ombudsman has invited the Commission to explain by 31 December 2015 how it will implement her recommendations and has requested an update on the Commission's intention to introduce a mandatory register of lobbyists.

No Smoke Without Fire: EU Forced to Come Clean Over Cigarettes