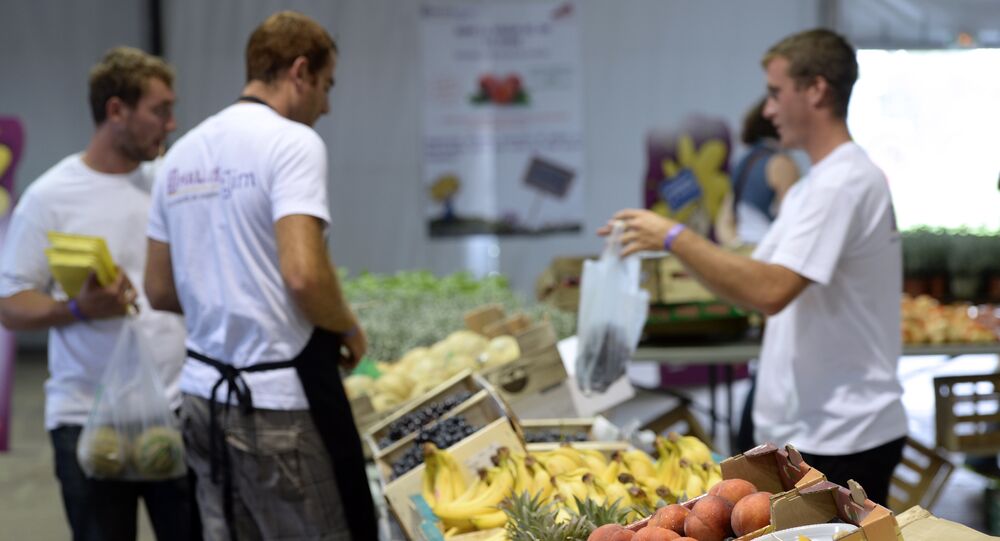 The European agricultural sector continues to struggle with economic losses due to Russia’s embargo on EU food imports.

"The EU agro-food sector is still suffering from the Russian import ban. Pressure is especially big in the dairy and pig meat sector. First estimates for the 2015 income confirm that the market hasn't recovered from that blow," Evelyn Nguleka said.

Nguleka urged the European Union and Russia to agree on lifting mutual sanctions labeled "the bilateral diplomatic incident" at a high political level through negotiations.

The European Commission’s allocation of additional funds totaling almost $560 million to EU farmers amid sliding food prices and cheap imports would be insufficient to cover the losses, Nguleka said.

"The last proposed measure worth 500 million euros is not going to make a big difference for the two sectors needing more support, such as dairy and pig meat… The package is too little and giving the fact that it comes after one year is also too late," Evelyn Nguleka said.

Nguleka added that in Belgium alone annual losses for the dairy sector stood at some $448 million, while for the pig breeding sector at $269 million.

According to the WFO president, the bloc would distribute the funds fairly between EU member states, based on price drops, dairy production and taking into account the drought that hit some countries.

© AFP 2021 / Antti Aimo-Koivisto
Finland’s Farmers Lose €400 Million Due to Russian Food Embargo
In 2014, the average agricultural income in the EU member states hit by the Russian embargo, such as Finland and Lithuania, dropped by up to 20 percent, according to the WFO estimates.

The West introduced several rounds of anti-Russia sanctions blaming Moscow for fueling violence in Ukraine, the claim the Kremlin has firmly denied.

In response to the Western restrictive measures, Moscow announced in August 2014 a one-year food embargo on products originating in states that imposed the anti-Russia sanctions, which was later extended for another year.

Farmers Cow Brussels Into Shelling Out $550m in State Aid