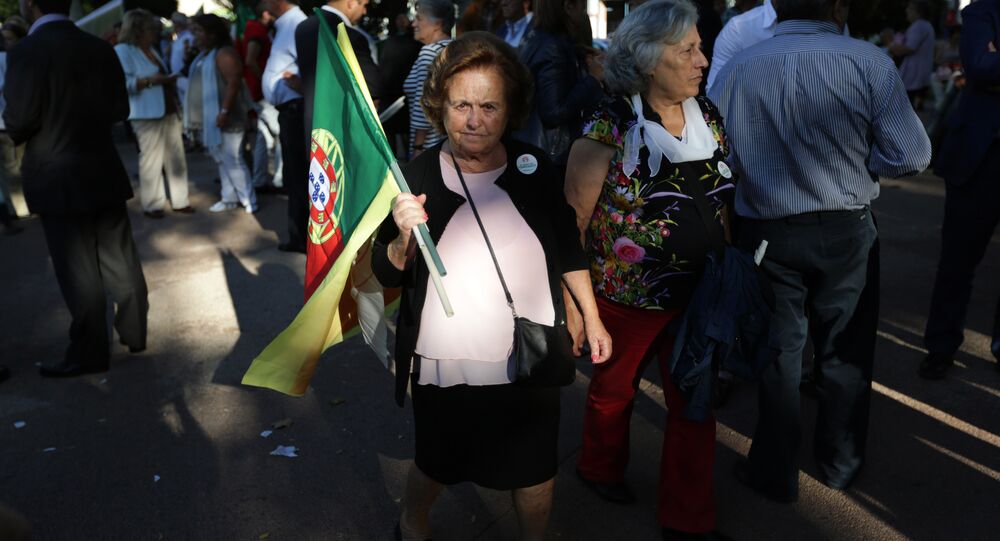 Portugal's Communists to Avoid Coalition With Socialists After Elections

Portugal’s Communist Party is highly unlikely to cooperate with the country’s Socialist Party (PS) as the latter has too much in common with the ruling Portugal Alliance coalition, Andros Kyprianou, Secretary General of the communist party of Cyprus (Progressive Party of Working People, or AKEL) told Sputnik.

"They [Socialist Party and Portuguese Communist Party] will not collaborate with each other, by no means. When I went to Portugal and we had several meetings, I saw they [Socialist Party] did not differ much from the party that is in power now, they have much in common," Kyprianou told Sputnik.

Nonetheless, Portugal’s Communist Party could demonstrate good results in the upcoming elections, according to Kyprianou.

Traditionally the Communist Party receives about 10 percent of the votes in the parliamentary elections in Portugal.

According to some experts, the Communist Party, being part of the United Democratic Coalition (CDU) together with the Ecologist Party (The Greens) could win up to 16 percent of the votes in the upcoming elections.

"We are expecting that the Portuguese communist party will have good results," Kyprianou told Sputnik, expressing hope that the left in the European Union "manage to get stronger and have a bigger influence on the political development."

The AKEL Secretary General added that Russia could play a positive role in helping the left change EU policies for the better.

"Russia has its own interests in having a Europe which will function on a more democratic and more just basis. Russia could help the left movement in the European Union," Kyprianou said, stressing that the communist party of Cyprus is "not opposing the existence of the European Union. What we are opposing are the policies followed and implemented by the European Union."

According to Kyprianou, the process of change in favor of the left in the European Union will take a lot of time, but the communists "would like to see the left movement opposing these [harmful EU] policies and changing them in favor of the people of the countries, instead of in favor of monopolies and the ruling circles."

Parliamentary elections in Portugal are scheduled for Sunday, October 4. The Portuguese parliament, Assembly of the Republic, has 230 seats, and members are elected for four-year terms.

Angelo Alves, a central political committee member with the Portuguese Communist Party, told Sputnik on Friday that upcoming parliamentary elections in Portugal may be a good opportunity to put an end to the rule of right-wing parties in the country that have led Portugal to a deep economic and social crisis.

Love Me Don't: Europeans Not Keen on EU - Portuguese Media