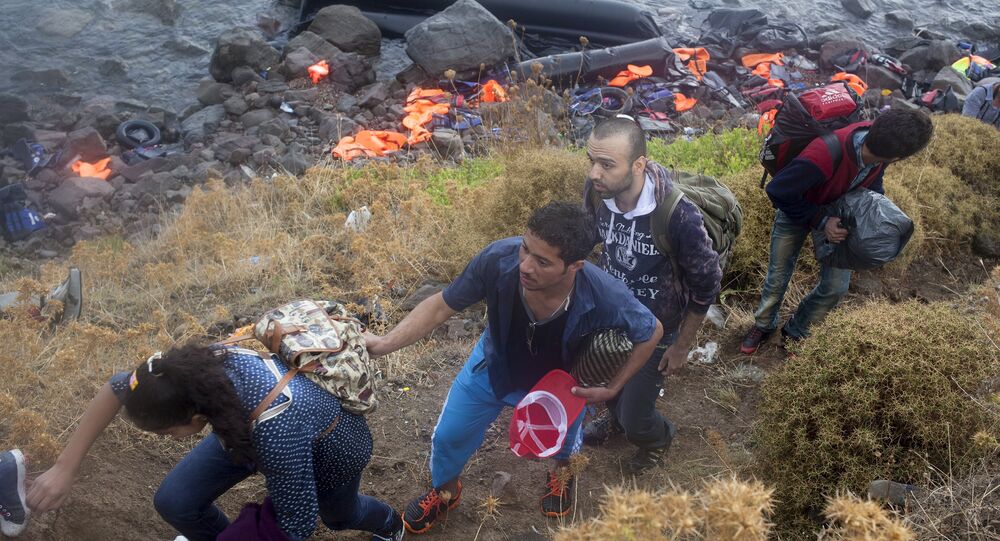 Turkish Foreign Minister Feridun Sinirlioglu said that it is first necessary to solve the root cause of the problem, and that means stopping the war in Syria.

© Sputnik / Dmitriy Vinogradov
US, Russia Hold First Deconfliction Talks on Syria
MOSCOW (Sputnik) — The flow of refugees from Syria and Iraq to the European Union and Turkey will not be stopped by police measures, Turkish Foreign Minister Feridun Sinirlioglu said Thursday.

"The main reason for the migration crisis is the war in Syria. Half of the population lost their homes, so they risk their lives and their children to find a new life. Can we stop them by police measures? I doubt it," Sinirlioglu said at a press conference in New York.

The top minister stated that it is first necessary to solve the root cause of the problem, and that means stopping the war in Syria.

He stressed that Syrian President Bashar Assad is unable to stabilize his country, and until he leaves office a political solution will not be found.

© Sputnik / Sergey Orlov
Russia Moves to Stabilize the Mideast Region Not ‘Destroy It Like US’
Europe is currently facing an enormous migration crisis. The European Commission estimates that over 500,000 asylum seekers have arrived in the bloc since the beginning of 2015. A majority of the refugees are from the 4 million Syrians who have fled over four years of civil war.

Apart from fighting so-called moderate opposition factions, supported by Ankara, Washington and a number of their allies, Syrian government forces are also fighting extremist groups, including the Islamic State and the Nusra Front.