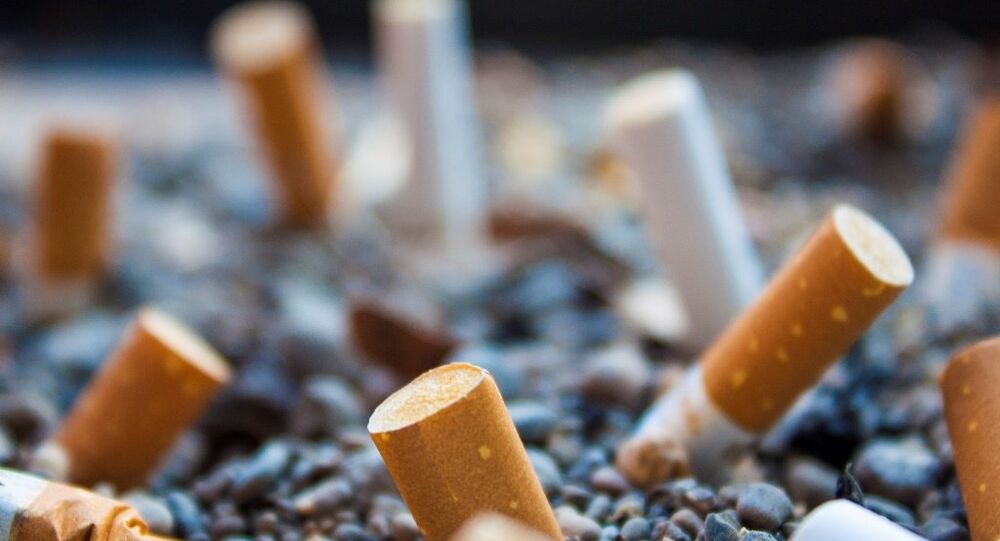 No Ifs, Ends or Butts: Paris Tries to Stamp Out Smokers' Littering Habits

Long gone are the days when the French had a casual attitude towards smoking, with officials in Paris introducing a USD$75 (€68) fine for anyone caught flicking their cigarette butts onto the street as part of a citywide crackdown on pollution and "incivility".

Following a vote earlier this year, the fine for anyone caught throwing their used cigarettes onto the street has almost doubled from USD$39 (€35), as part of a concerted effort to clean up the city. In a statement, the mayor's office said:

"On top of the visual pollution, these butts represent a significant environmental pollution. They contain numerous toxic products which spread through the soil and air."

City officials have recognized that Paris has somewhat of a reputation for dirtiness, with an estimated 350 tonnes of cigarette butts collected every year.

"Dirtiness is one of Parisians' main complaints," a city statement read, with officials also calling for a crackdown on other acts of "incivility" — such as leaving behind dog waste on pavements and in parks — which will also incur a fine of USD$75 (€68) for any owners who don't clean up after their pets.

The current mayor in Paris has taken an active step to try and protect the city from any harm caused by its millions of smokers, citing reports saying that cigarette butts can take up to 12 years to disintegrate in some circumstances and contain many harmful pollutants.

While the fine hike might be considered to be a bit harsh on some cigarette-loving Parisians, the city has tried to soften the blow on locals and tourists by implementing 30,000 new bins across the city with a special corner to stub out cigarettes, while 15,000 pocket ashtrays were given out by a Paris hotel and restaurant union to prevent people from littering.

Approximately 25 percent of France's population smokes, according to a 2012 World Health Organization (WHO) report.

Smoking: to Ban or Not to Ban