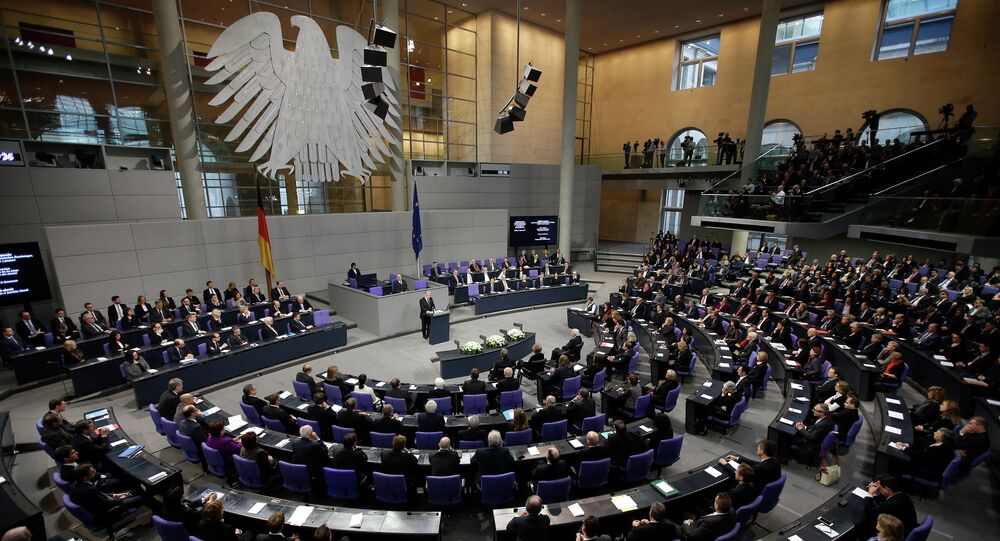 A leftwing member of the Bundestag has called on his German and Russian colleagues to set up a parliamentary committee to push for the lifting of the anti-Russian sanctions and for resuming the severed dialogue between the two countries’ lawmakers.

“We need a common area of peace and détente; parliaments should not be a place for confrontation, travel bans and sanctions. A new Ice Age is the last thing Europe needs now. That’s why State Duma and Bundestag deputies should set up an Anti-Ice Age committee,” Wolfgang Gehrcke said during an international parliamentary forum now underway in Moscow.

The European Union, the United States and some other Western countries have imposed several rounds of sanctions on Russia, accusing Moscow of violating the territorial integrity of Ukraine and interfering in the Donbass conflict.

Russia has repeatedly refuted the accusations and responded by imposing a hard-hitting embargo on food imports from the EU.