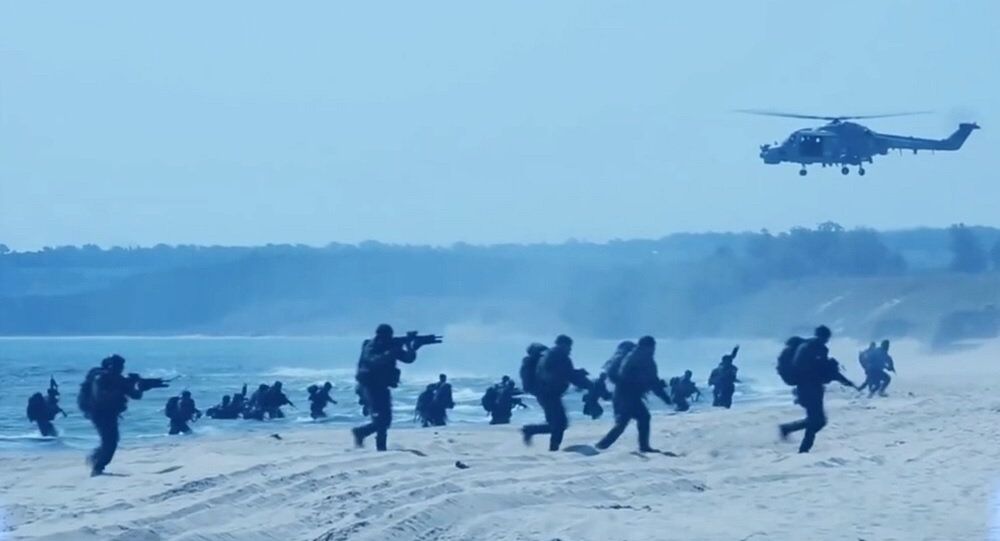 It is NATO, not Russia which poses the biggest threat to European peace, a prominent Italian scientist and peace activist said, pointing to NATO’s ongoing Trident Juncture 2015 war games.

© Sputnik / Taras Litvinenko
Expansion of Military Exercises in Europe Increases Risk of War - German Media
“As a nuclear scientist, I think that Italy is violating the nuclear proliferation treaty by having 80 nuclear bombs stored at the Ghedi and Aviano airbases used by the Americans,” Massimo Zuchhetti, a Turin-based nuclear physicist and founder of the No War, No NATO movement, said on Thursday.

“What we see now is the militarization of Italian territory with military bases scattered all over the country and one-third of Sardinia set aside for military purposes… That’s why we believe that Italy should pull out of NATO. It’s not an equitable alliance, it’s all about making this country an underdog,” Massimo added.

The Trident Juncture 2015 exercise, which kicked off on September 28 to run until November  6 and involves 36,000 personnel from more than 30 Allied and Partner Nations, is taking place throughout Italy, Portugal, Spain, the Atlantic Ocean, the Mediterranean Sea and also Canada, Norway, Germany, Belgium and the Netherlands.

Many European media outlets believe the large-scale drill is aimed against Russia and that not all of the participating countries share the organizers’ anti-Russian slant.

Massimo Zuchhetti fears that Italy could be drawn in NATO’s future military adventures, which are totally at variance with the country’s national interests.

“A few years back our then defense minister said that Italy was a giant aircraft carrier in the Mediterranean ready for use in present and future wars. Benito Mussolini said exactly the same thing in the late Thirties and we all know where he ended up… I want our current leaders to know that Italy is not an aircraft carrier, that it should become a territory of peace, a link between various parts of Europe. In 1999 most of the NATO warplanes bombing the Balkans were taking off from Italian airbases… We must make sure that this never happens again,” Massimo Zuchhetti said in conclusion.