Half of Europeans perceive society to be becoming increasingly intolerant of religions, with Muslims experiencing the least social acceptance, a new Eurobarometer survey released Thursday has found.

© Flickr / thierry ehrmann
Dialogue Between Religions Necessary to Avert Clash of Civilizations
MOSCOW (Sputnik) — Statistics published by the European Commission indicate that 50 percent of those polled believed that discrimination based on religion or spiritual beliefs was becoming widespread, 11 percent more than in 2012.

Thirty-three percent now say that expressing a religious belief can be a disadvantage when applying for a job, up from 23 percent in 2012. 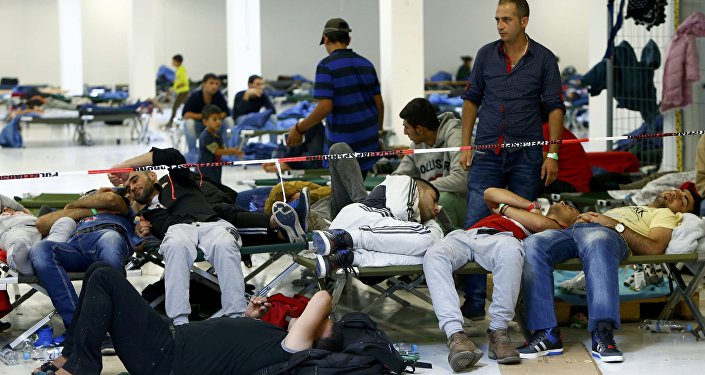 © REUTERS / Michaela Rehle
German Refugee Camps Suffering From Ethnic, Religious Violence
The European Commission is hosting a panel on religious discrimination on Thursday and Friday in Brussels to discuss ways to fight antisemitism and anti-Muslim moods in Europe and foster tolerance.

"Our collective responsibility to live together in tolerance and respect is particularly important at a time when we have a moral obligation to give refuge to people of various religions and cultures who arrive on our shores," Commission’s First Vice-President Frans Timmermans said Thursday.

The Commission estimates that some 500,000 people have arrived in Europe since the beginning of 2015, many from conflict-torn Syria and Libya.

Russia's Religious Tolerance Should Serve as Example for Europe - Institute