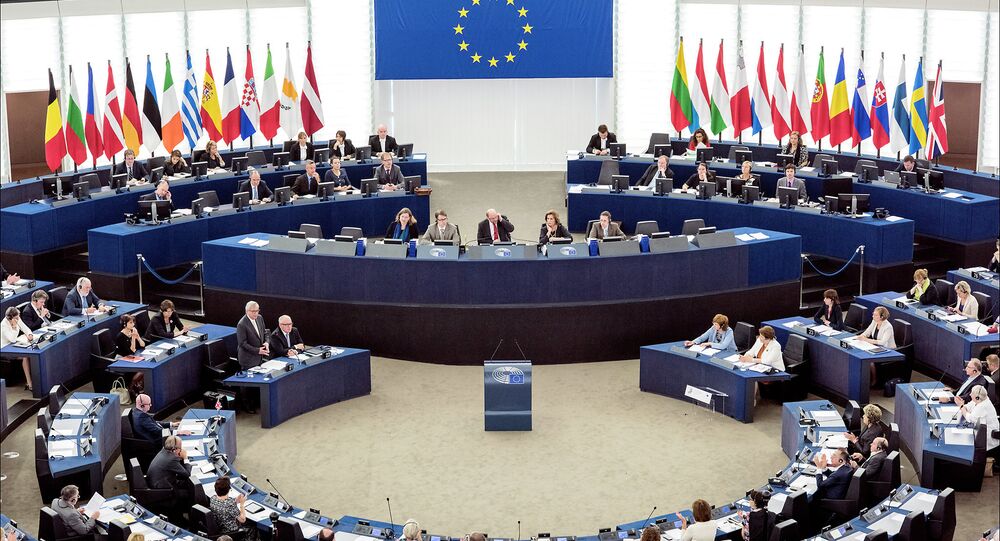 A French European MP said on Thursday that it would be “absolutely wonderful” if President Vladimir Putin could make a personal address to the European Parliament.

© Sputnik / Taras Litvinenko
Crimeans Happier in Russia Than in Ukraine - European Parliamentarian
“We need to come out for a constructive dialogue, that’s why we in the European parliament have been trying to win representatives of different countries over to our side… And we’ve seen our numbers growing all the time,” Nadine Morano said on the sidelines of an international parliamentary forum in Moscow.

“I would love to see Mr. Putin coming to the European Parliament and making an address there. It would be really wonderful because we are all eager to hear his side of the story,” Nadine Morano added.

Nadine Morano, who represents the center-right Les Républicains party of former French President Nicolas Sarkozy, leads a cross-party group of European MP from various countries planning to visit Russia as part of their campaign to lift the standing EU sanctions against Moscow.

Ten parliamentarians from France arrived for a two-day visit to the Crimean peninsula in July. The delegation included members of the French National Assembly and the Senate.