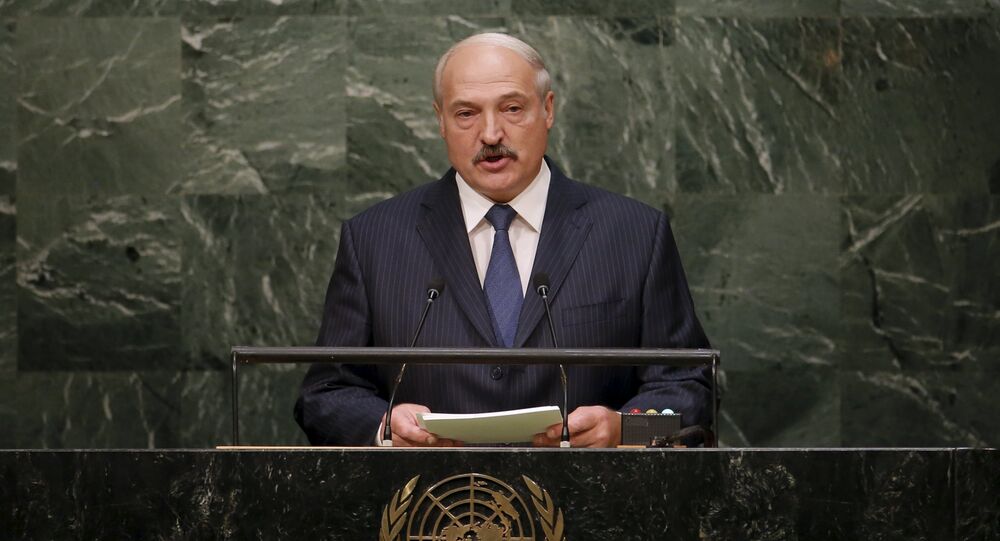 Belarus will stick to its traditional moral values and will resist attempts to impose on it ones that deviate from its own, President Alexander Lukashenko told the participants of the anniversary session of the UN General Assembly in New York.

© AP Photo / Alexander Zemlianichenko
Lukashenko: Belarus to Remain ‘Donor’ of Regional, International Security
“We are worried by the ongoing destruction of the traditional family, even more so when we are asked to accept certain deviations from the norms of morality and all kinds of social innovations as a natural thing,” Lukashenko said.

“We have done everything to instill in our grandchildren, great-grandchildren and their descendants the moral values and good traditions of spirituality and culture that our people deem natural,” he emphasized.

“Over the past two decades, we have purposefully been building a sovereign state with a socially oriented economy. We have been paying close attention to strengthening the family and the self-realization of young people,” the Belarusian leader stated.

“A stable Belarus will continue to be a donor of regional and international security. We intend to build equal and mutually beneficial and respectful relations with all the countries throughout the world,” Lukashenko said, adding that Belarus was ready to share with others its experience in dealing with major problems, such as the Chernobyl nuclear disaster and slave trade.