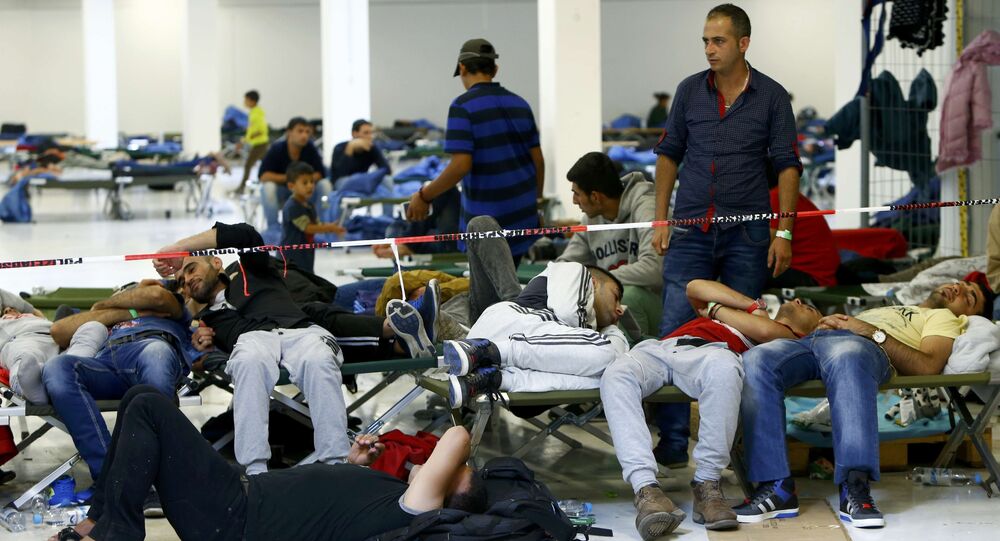 Sunnis and Shiites, two main groups in Islam, are fighting each other in refugee camps in Germany, attempting to enforce their rules, while Christians in the camps are being oppressed, according to the chairman of the German Police Union (DPolG).

"We are experiencing this violence for weeks and months. The groups unite based on ethnicity, religion or clan structures and attack each other with knives and homemade weapons," Rainer Wendt told the German newspaper Passauer Neue Presse.

According to the DPoIG chairman, Sunnis and Shiites, two main groups in Islam, are fighting each other in refugee camps, attempting to enforce their rules, while Christians in the camps are being oppressed.

© Sputnik / Andrey Stenin
Syrian Refugee Treated as Suspected Terrorist in Germany
Wendt expressed concern that Islamists were seeking to have their values dominate in camps, forcing women to cover their bodies and making the men pray.

Wendt insisted on quick deportation for those asylum seekers found to be committing crimes in Germany.

The European Union, including Germany, is trying to manage a massive refugee influx, as hundreds of thousands of people flee conflict-torn regions in the Middle East and North Africa, seeking asylum in the bloc.

According to German Vice Chancellor Sigmar Gabriel, up to one million asylum claims are expected to be lodged in the country by the end of 2015.