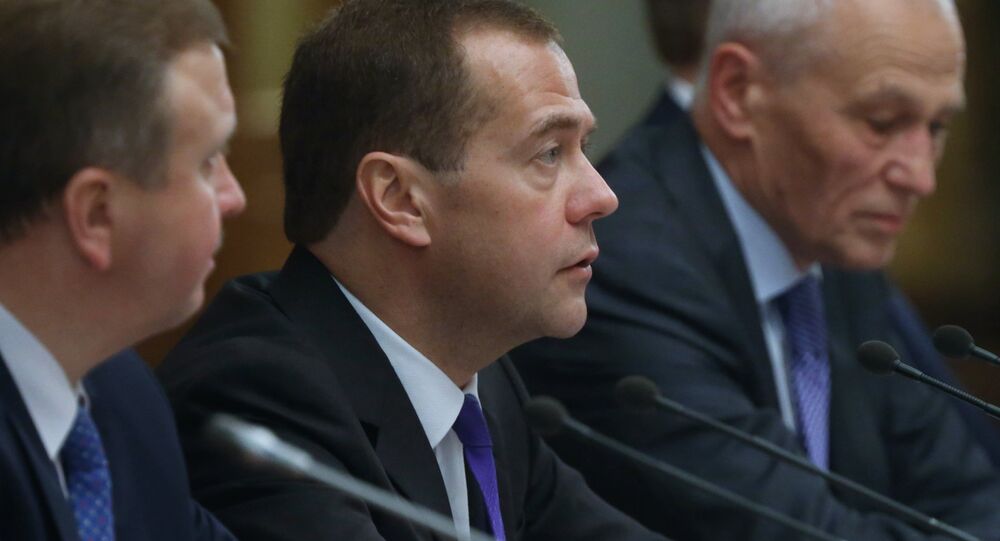 Russia to Stop Preferential Trade Treatment for Ukraine by Yearend

Russian Prime Minister Dmitry Medvedev said that the switch to a non-preferential trade regime between Russia and Ukraine will happen if the situation does not change.

© AP Photo / Andrew Kravchenko, Pool
Did Yatsenyuk Just Say That Western Ukraine Should Be Given Back to Poland?
MOSCOW (Sputnik) — Russian Prime Minister Dmitry Medvedev said Tuesday that Moscow was planning to stop treating Kiev as a preferential trade partner by the end of 2015 as the trilateral agreement on Ukraine-EU association is highly unlikely to be reached by that time.

"It [the switch to a non-preferential trade regime] will happen if the situation does not change and there is no agreement in the trilateral format [which includes Russia, Ukraine and the EU] by the end of this year," Medvedev said at an expanded ministerial meeting of the Russia-Belarus Union State.

"My view is that the possibility of such an agreement is highly unlikely, but miracles happen, including in political life," Medvedev added.

© Flickr / Ivan Bandura
Dutch Anti-Association Push: Holland Does Not Want Ukraine in EU
The Ukraine-EU Association Agreement establishes a political and economic association between the parties. The association deal was signed after a coup-imposed government came to power in Ukraine in 2014.

Russia, as Ukraine's largest trading partner, has repeatedly insisted on being included in negotiations concerning Ukraine's EU association, suspecting the process, if not monitored, could result in an uncontrolled flow of European goods into the Russian market.