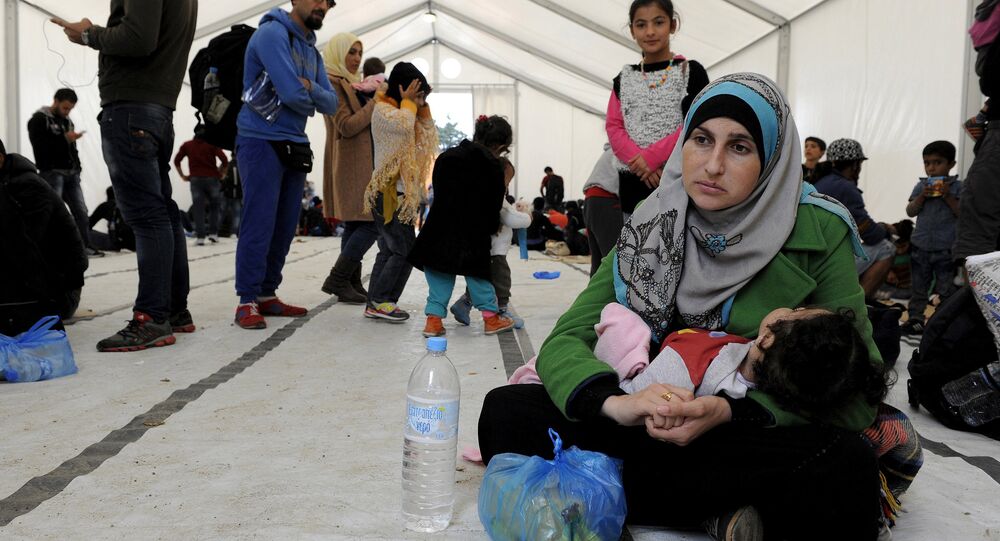 George Loucaides, a delegate to the Parliamentary Assembly for the Council of Europe, said that if the root causes of the refugee crisis in Europe remain unaddressed, the number of refugees will only grow.

© AFP 2021 / BARTLOMIEJ KUDOWICZ
Polish Ex-Presidential Candidate: Most Refugees are Male 'Peasants Healthy as Bulls'
STRASBOURG (Sputnik), Daria Chernyshova — The European Union was ill-prepared for the migration crisis that Europe is currently facing, a Cypriot lawmaker and a delegate to the Parliamentary Assembly for the Council of Europe told Sputnik on Tuesday.

"The European Union was unprepared to deal with it, they have made mistakes," George Loucaides from the AKEL party said.

He stressed that if the root causes of the refugee crisis remain unaddressed, the number of refugees will only grow. Loucaides emphasized that the reasons for the crisis are rooted in western interventions in the Middle East, and the international community should decide if they want to end the conflict in Syria or let it "drown in bloodshed."

© REUTERS / Dominic Ebenbichler
Nearly Quarter Million Refugees Arrive in Germany in September
"The president of the European Commission Jean Claude Junker said he is ashamed of being a European because of the way Europe was reacting to this migration crisis," Loucaides said.

Europe is struggling to cope with a massive refugee crisis, as hundreds of thousands of people flee conflict-torn regions in the Middle East and North Africa, seeking asylum in the bloc. According to the European Commission, over 500,000 asylum seekers have entered the European Union this year alone.

On Monday, Russian President Vladimir Putin said at the United Nations General Assembly that the ongoing refugee crisis in Europe could only be resolved by restoring statehood in the countries where it has been destroyed, and from where now many of the refugees are fleeing.