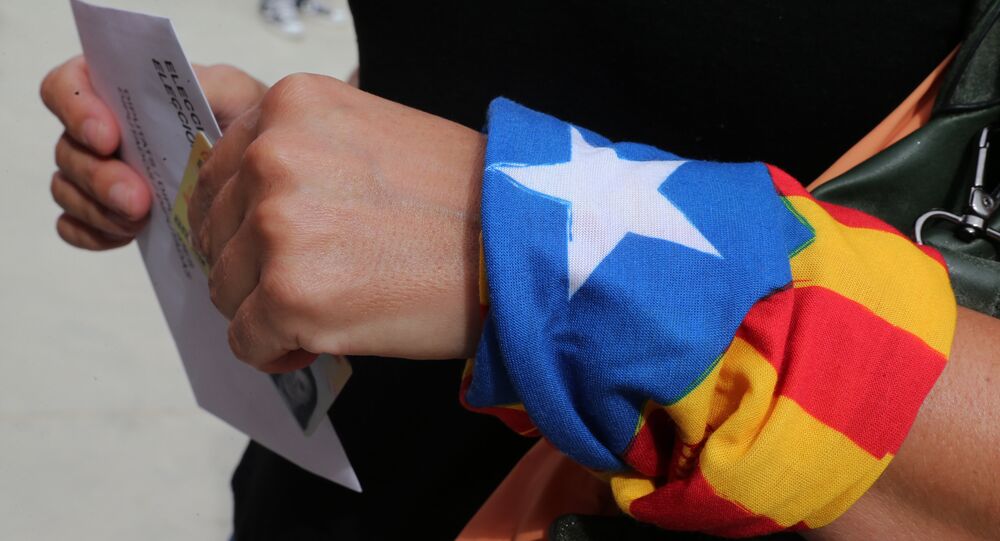 Popular Party’s spokesman said that the Spanish government believes that the results of the Catalan elections demonstrate the "failure of the secessionist strategy" of Catalan President Artur Mas.

MADRID (Sputnik) — The Spanish government believes that the results of the Catalan elections demonstrate the "failure of the secessionist strategy" of Catalan President Artur Mas, a spokesman for the ruling Popular Party said.

"The separatist calls have failed because less than 50 percent of the voters supported them," Pablo Casado said Sunday at a press conference at the party's headquarters in Madrid.

He added that local pro-independence forces “do not have a majority to continue a ruinous [secessionist] process for citizens."

"The government will continue to ensure the unity, harmony and coexistence among Spaniards," Casado stressed, adding that "nothing will change in Catalonia" after the election.

With 99.2 percent of votes counted, the pro-independence Junts pel Si (Together for Yes) coalition promoted by Catalan President Artur Mas and his allies from the radical left-wing Popular Unity Candidacy (CUP) party secured absolute majority in the Catalan parliament.

© REUTERS / Albert Gea
Pro-Independence Parties Win Absolute Majority in Catalan Election
The pro-independence coalition and CUP secured 62 and 10 seats correspondingly in the 135-strong Catalan parliament as the result of the regional election on Sunday.

However, the share of votes obtained by the two main pro-independence forces is less impressive — 39.62 percent and 8.21 percent of voters supported Junts pel Si and CUP correspondingly.