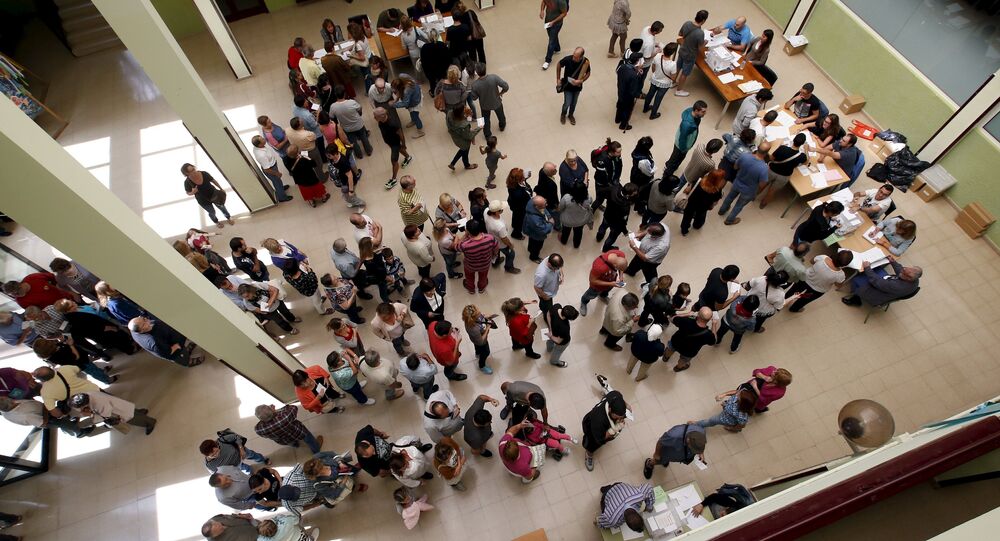 The current turnout of the ongoing Catalan regional elections is almost 7% higher than at the same time during the 2012 elections, according to the official regional government data.

BARCELONA (Sputnik) — Over 63 percent of voters have attended the ballot stations so far in the ongoing Catalan regional elections, and the total turnout is expected to reach a record high level, according to the official regional government data.

The current turnout exceeds the one for the same period of time during the 2012 elections by almost 7 percent.

A total of 67.75 percent of voters cast their ballots at the previous Catalan elections.

Barcelona has long sought independence, accusing Madrid of constraining its economic and cultural autonomy and of unfairly distributing resources. Spain has repeatedly rejected Catalans' the right to secede.

A coalition of pro-independence parties has pledged to begin the process of secession from Spain should they win a majority at the election.