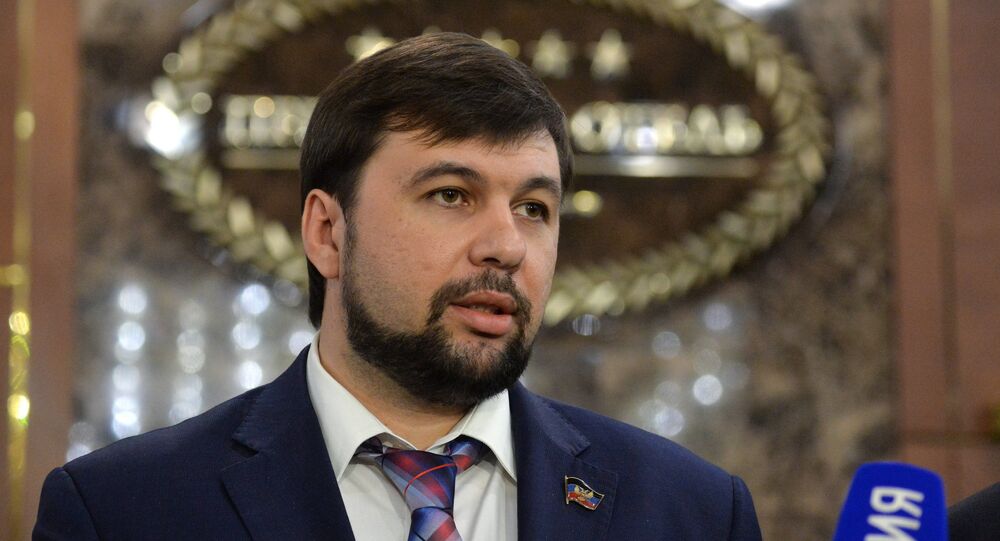 Normandy Group Should Intervene in Peace Talks Between Kiev, Militia

According to the Donetsk negotiator at the Contact group talks, the People's Republic and Kiev are unable to find a consensus in particular issues outside of the Normandy group format.

DONETSK (Sputnik) — The Normandy four group of mediators on a peaceful settlement to the conflict in eastern Ukraine should intervene in talks between Kiev and the Donbas militia, the Donetsk People's Republic's (DPR) at the Contact group talks group talks on Ukraine said Sunday, adding that the two sides fail to reach a consensus on many issues.

"Ukraine is not satisfied with what we consider appropriate, and what Ukraine proposes is unacceptable, so we also cannot agree. There is a necessity for a mediation by the Normandy format. We cannot find a consensus in particular issues, as opinions are so contradictory," Denis Pushilin told journalists, stressing that the ongoing conflict does not imply any fast solution.

Pushilin added that the West had influenced Kiev's decisions and the whole process of the peace talks.

The seventh meeting of Normandy format foreign ministers took place on September 12 in Berlin. Russian Foreign Minister Sergei Lavrov said all sides of the talks were satisfied with the fact that the ceasefire was observed in Ukraine's east.

The Normandy Four group, comprising Russia, Ukraine, Germany and France, was created in 2014 to secure a peaceful settlement to the conflict in eastern Ukraine. In February, the group worked out a ceasefire deal in Minsk, Belarus, signed by Kiev and the Donbas militias.