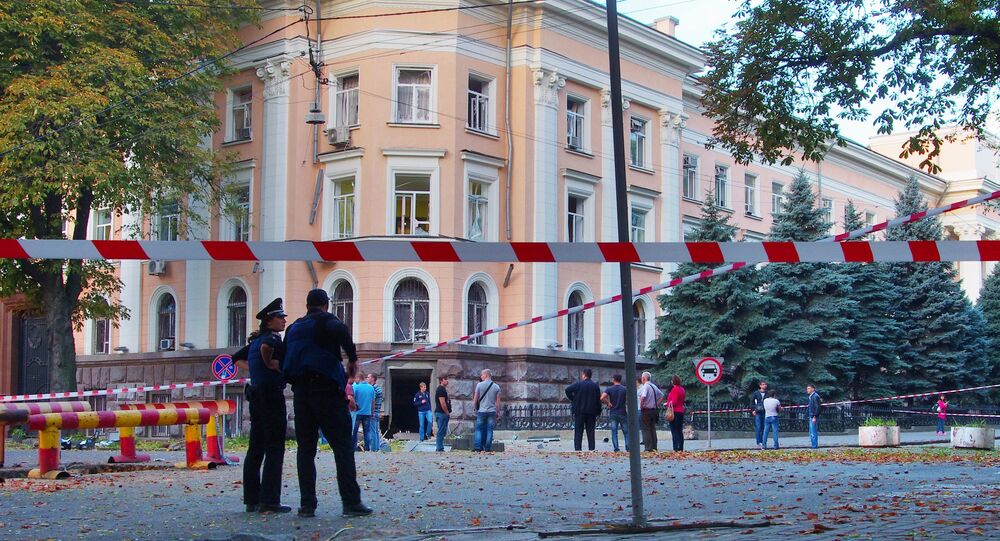 The overnight explosion in the southern Ukrainian city of Odessa may be the work of terrorists, according to the country's Interior Ministry.

© Sputnik / Nikolay Lazarenko
Odessa May Soon Break Away From Ukraine - Saakashvili
A Ukrainian Interior Ministry spokesperson said that the overnight blast in the city of Odessa in southern Ukraine may be described as a terrorist act, according to local media reports.

There was no immediate word on casualties in the explosion that took place in central Odessa in the early hours of Sunday.

The detonation was equivalent to one kilogram of TNT, according to the spokesperson, who said that the explosion damaged a Security Service building as well as the windows of a number of near-by residential houses.

Police have opened a criminal case in connection with the explosion, which is the latest in a series of blasts that have taken place in Odessa in the past few months.

SBU building was damaged by an explosion in Odessa #Ukraine pic.twitter.com/DmnAiOWok4

All of these incidents have been described as acts of terror by law enforcement agencies.

On March 5, a powerful explosion ripped through an apartment building owned by the Ukrainian ultra-nationalist movement Right Sector; however, no one was hurt.