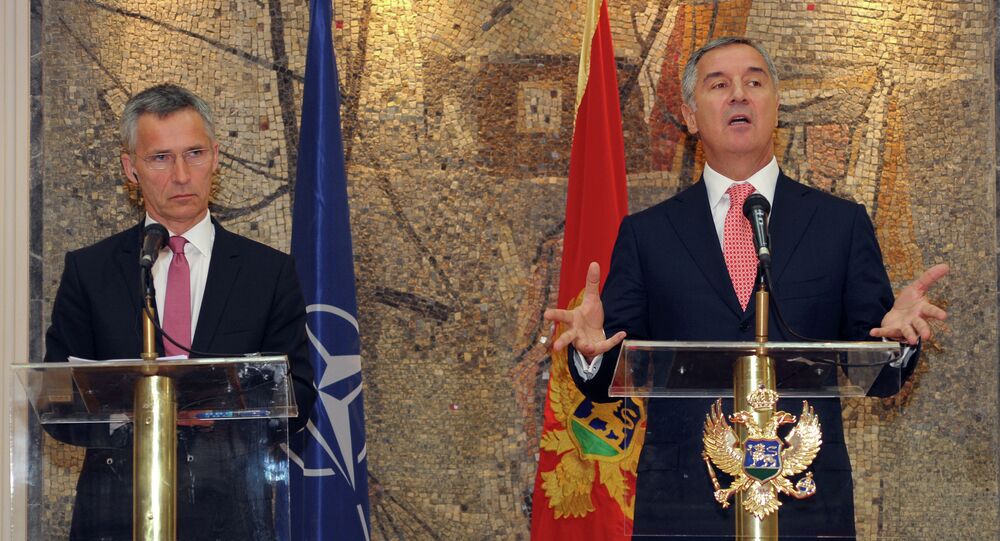 Three opposition activists who came to a public debate on the country’s future in NATO, hosted by Montenegrin PM Milo Djukanovic, were promptly detained and taken away by police. A fourth activist was ordered to leave the premises.

© AP Photo / Virginia Mayo
Montenegro-NATO: Brainwashing Instead of Discussion
The young men from the Alternativa (Alternative) association sat down with Sputnik to discuss the situation.

“We came to discuss our country’s integration with NATO; our organization supports a dialogue between people with different ideas. It appears as though the times of Nazi occupation are back now, but we keep asking hard questions because  asking such questions and getting answers is exactly what makes a developed country different from an underdeveloped one,” Alternativa leader Vesko Pejak said.

Bojan Djurovic said that once he had been denied a chance to address the Premier in person, he would do so via the media.

The third detainee, Nikola Bezmarevic, said that he felt himself like a second-rate citizen because the ban on participation in public debates violated his constitutional rights for the freedom of expression and movement.

“They didn’t let me speak my mind, but I still know that after the debate Djukanovic said he could see no one who was against. I want to say that there are more such people that he imagines and that he detains them so that nobody sees the real picture of the public opinion in Montenegro,” Nikola said.

Comfortably spared the need to answer hard questions, the Premier, surrounded by a crowd of well-wishers, spoke at large about Montenegro having to leave the “vicious circle of nationalism” and join the “civilizational circle of the EU.”

Referendum on NATO Membership in Montenegro ‘Could be Rigged’